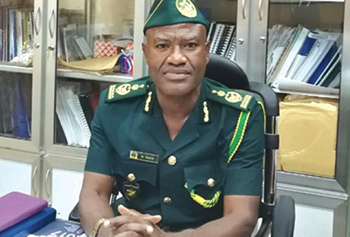 About 1,089 foreign nationals who entered Ghana through unapproved routes have so far been intercepted and repatriated by the Ghana Immigration Service (GIS) in the Bono Region.

The foreign migrants made up of 240 Burkinabes, 506 Togolese, 224 Ivoirians, 50 Guineans, 30 Nigeriens, 30 Nigerians and nine Malians who are mainly farm hands were arrested between March 31 and the second week of May.

The Regional Commander said the foreigners were able to enter the country through the support of their Ghanaian counterparts resident at the border who aided them with the use of motor bikes and tricycles.

Mr Bediako said as a result about 23 motor bikes and tricycles have so far been confiscated.

The Regional Immigration boss noted that although the driver unions have been warned against picking foreigners at their various stations, the directives have gone unheeded making it difficult for the practice to be stopped.

He called on the people especially those resident at the border to abide by the call by the President to be citizens of the country by stopping the ungodly practice in order to prevent a further surge in cases of COVID-19 in the country.

Meanwhile, Immigration Officers on duty at the Berekum check point on Friday arrested a 48- year-old ford driver Kwaku Antwi for attempting to bribe officers with GH¢1,700.00.

He was arrested for carrying 17 foreign nationals who were travelling from Cote D’Ivoire to Sankase in the Northern Region.

The commander at the Berekum checkpoint, Assistant Superintendent of Immigration Isaac Osei Asamoah who briefed the Ghanaian Times on the arrest said the driver would be processed for court to serve as a deterrent to other drivers who may be contemplating on engaging in similar acts.