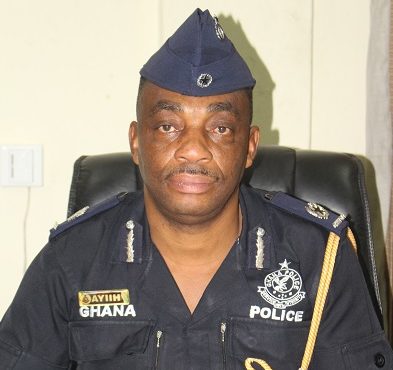 At least 550 drivers in the Greater Accra Region have been convicted to  a  total fine of  GH¢182,640, for committing various traffic offences, during the first quarter of the year,

The convicts were arrested for excessive speeding, driving through red lights, and using expired documents among others.

The Commanding Officer of the Central Motor Traffic and Transporting Unit (MTTU), Assistant Commissioner of Police (ACP) Martin Ayiih, who disclosed these to the Ghanaian Times, in Accra, yesterday, said the convicts were involved in 1,038 road accidents.

He said 533 commercial, 1,226 private vehicles and 298 motorcycles were involved in the accidents.

ACP Ayiih said 58 people were killed and 525 were injured in the reported cases within the period.

He said the unit would collaborate with the Ministry of Transport, Municipal and District Assemblies, Driver and Vehicle Licensing Authority and the National Road Safety to ensure sanity on the road.

ACP Ayiih said more personnel would be deployed on the roads, to help in traffic management, stressing that there was the need to protect lives and properties to enhance the country’s socio-economic and human development.

He urged drivers to abide by road safety regulations to avoid accidents, saying that,  “Most of the accidents recorded  are as a result of human errors, such as excessive speeding, driving with gadgets such as mobile phones, and jay walking which need to be avoided.”

ACP Ayiih said, “Desist from excessive speeding, using of gadgets such as mobile phones when driving and avoid speeding and wrongful overtaking “.

He asked pedestrians to use zebra crossing and overhead bridges when crossing the roads, to prevent knockdowns.

ACP Ayiih appealed to vehicle owners to maintain their vehicles regularly, and journalists to support the Unit in its educational drive.