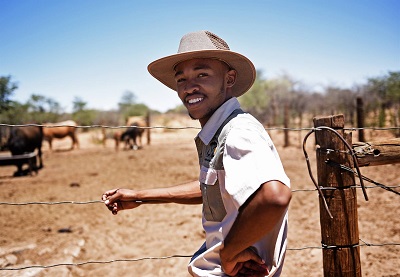 An anonymous author once said: “Don’t wait until you’ve reached your goal to be proud of yourself. Be proud of every step you take towards reaching the goal.”

In this edition, we merge the stories of two personalities who have challenged themselves and continue to excel in their respective fields. They are Dr. Jamal Browne and Thabo Dithakgwe.

He is an International Development Expert, Writer, and Motivational Speaker who continues to excel in his chosen field while inspiring others to do same.

He once accepted a job where the salary was “so small” that it barely covered his basic monthly financial obligations. The job market was tough, and he had grown “incredibly impatient.”

But little did he know that those experiences would become a turning point in his life and career. In a recently LinkedIn post, Mr Browne recounted how “grateful and enthusiastic” he was about his first job but later started feeling “undervalued, forgotten, and unfulfilled.”

However, he quickly changed his perspective and started “thanking God” for “His provision.” Month later, he received an “unexpected job offer” from a reputable global organisation offering an “unbelievable compensation package.”

“Through that experience, I learnt to be: grateful for small blessings; patient as I wait; humble through my pain; and hopeful amidst disappointment,” he said.

He admitted that difficult moments were meant to “bring the best out of us, even as we avail ourselves of systematic, intentional learning and character development.”

In 2008, he received his Bachelors Degree (Hons) in Surveying and Land Information from The University of the West Indies in Trinidad & Tobago, and thereafter joined the public service in his native Saint Vincent and the Grenadines.

In 2011, he returned to the University of the West Indies to pursue a Master of Philosophy (M.Phil), with a focus on Land Tenure Security and Disaster Risk Reduction.

In February 2014, he successfully upgraded to Doctor of Philosophy (PhD).

In June 2014, he joined the United Nations Human Settlements Programme (UN-Habitat) as a Consultant Project Officer at the agency’s headquarters in Nairobi, Kenya; and in January 2015, was among the first cohort of scholars of the Canadian Government-funded EKACDM Scholarship.

In June 2015, he launched Land and Property Network – a Caribbean-based start-up within the global land and property sector that works with governments, international development and civil society organisations, and the private sector in addressing land administration and land governance issues.

He is an alumnus of President Barack Obama’s Young Leaders of the Americas Initiative (YLAI), having served as a Professional Fellow in the initiative’s inaugural cohort (2016).

On November 17, 2016, Dr. Browne successfully defended his doctoral research at the University of the West Indies, St. Augustine Campus in Trinidad and Tobago.

He has developed communications strategies for major public and private entities and also has experience also in Digital Storytelling & Film Production.

Over the years, he has served as a keynote speaker at numerous graduation and prize-giving ceremonies, and has chaired international fora on Land & Property Rights. He has made presentations at numerous international and regional conferences.

Having shown great interest in the art of public speaking from a very early age, Dr, Browne has spent most of his life developing this skill.

He considers public speaking a platform for “sharing messages of hope with audiences that are more likely to respond to the spoken word.” He urges individuals not to despise the difficulties and pains of life’s journey.

“Embrace and appreciate the fact that you are making an effort, giving of your best everyday, and that the reward for your sacrifices and faith is assured,” he noted.

He is a 21-year-old South Africa’s youngest Livestock Farmer, Entrepreneur, Mentor and Public Speaker. He became a farmer at the age of 13 when his father gifted him a pregnant cow.

When the heifer gave birth, he nurtured the calf for 18 months and sold it to another farmer at a reasonable price and reinvested the money.

In 2015, at age 14, he received his Identification Livestock Certificate from the Department of Agriculture, Forestry and Fisheries, enabling him to become a Commercial Farmer.

In 2020, while managing Constable Farm, he received a farm from the state, amounting to about 2,400 hectares, in the Morokweng Area, South Africa.

“I farm with cattle, sheep and goats. With the cattle, I do few other breed which I buy locally. And then with goats, I mainly specialise in boer goat. For sheep, I do crossbreed,” Thabo said.

“I am working towards diversifying into poultry and crop farming. I would also like to create about 50 permanent jobs for local unemployed residents and to bring investors on board which will help me help other striving young farmers,” he added.