Ahafo yet to record COVID-19 positive case … as national hits 7,303 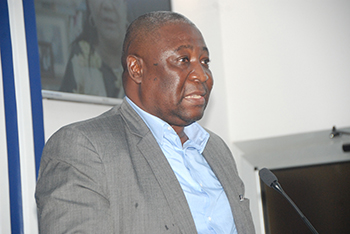 The Ahafo Region is now the only one out of the 16 administrative regions in the country that has not recorded any COVID-19 case although the national tally has reached 7,303.

This was after its counterpart, the Bono East Region, recorded its first case this week, according to the Director of Public Health at the Ghana Health Service, Dr Badu Sarkodie.

At yesterday’s COVID-19 briefing in Accra, he said details would be made public in the ensuing days because information about the new case was received moments before the briefing.

As of May 26, Dr Sarkodie said 2,412 patients had recovered with the death toll at 34, bringing the active cases (persons known to be living with the virus currently) to 4,857.

He said the national tally went up after 186 new cases were recorded in 31 districts in four regions;  Greater Accra had 140, Central-23, Ashanti -14 and Eastern,  nine.

He said 14 of the active cases were severely ill but not on ventilators while three were critically ill.

According to the director of public health, the Northern Region had recorded 36 cases, Oti – 26, Upper East Region-26, Upper West– 22North East– 2; Savannah– and Bono one each.

He described that fact that Tema and Obuasi, which had earlier been declared as hotspots for the virus, had not record any new cases, an indication that response actions by the management team were yielding results.

Asked why the country’s daily cases were not declining sharply, Dr Sarkodie explained that it was because people were not strictly adhering to the hygienic protocol.

He, therefore advised the public to play their part to reduce cases.

On the Wednesday’s mishap on the GHS website, in which the case count was changed after less than an hour, he said it was a technical error and he apologised for it.