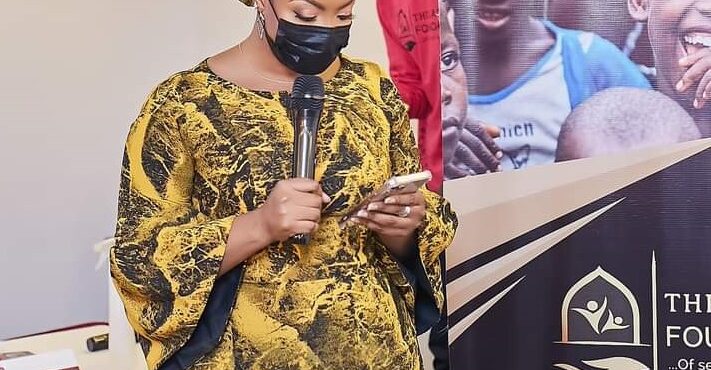 Ghanaian broadcaster at TV3, Ms. Ayisha Yakubu has resolved to touch the lives of the downtrodden in the society with her Lay Foundation.

The Lay Foundation is aimed at providing support for the vulnerable groups such as windows, orphans and needy children in school.

Ms. Ayisha disclosed this to The Spectator at the launch of her foundation on Saturday, February 20, 2020 at the Accra City Hotel.

She said that this had been on her drawing board for a very long time and that the official launch had brought relief to her.

According to her, launching the foundation and setting it in motion would be a  good programme to touch lives and lead beneficiaries to their dreams.

She added that the foundation would carry out advocacy to protect children and women and provide mentorship programmes for children.

“The children are our future and it takes a community to raise a child. I am ready to use my wealth to push this agendum,” she said

Ayisha Yakubu noted that on March 6, an Arabic school (Makaranta) would receive nose masks, Veronica buckets and other PPE to support them in the fight against COVID-19.

She called on other benevolent individuals to support the course of the foundation to change more lives.