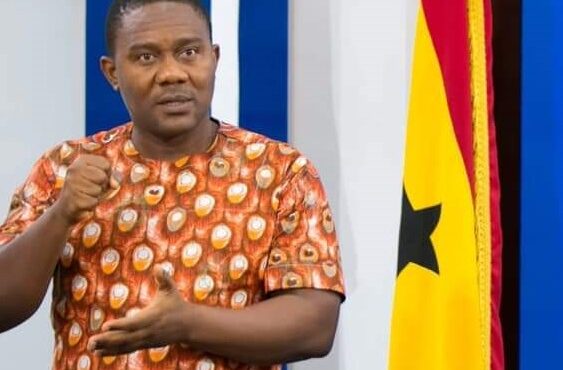 Born at Korle-Gonno in Accra, Clement Sam, always loved to do things differently and that posture has motivated and propelled him to excel in his endeavours.

The man who hails from Winneba in the Central Region, had wanted to become a Biochemist but that ambition did not manifest as life certainly had other challenging roles in store for him.

His curiosity and the passion to support the less privileged made him take up Sign Language Interpretation — a rather demanding but rewarding venture.

Mr Sam, interacting with The Spectator recently on the intricacies of the role, explained that he decided to become a ‘mediator’ between the deaf community and the public because he wanted to know whether there was a “sign representation to every word we spoke.”

Other than becoming a doctor, an accountant or nurse, he was bent on “doing something different from what was considered a “normal” profession.

“It was easier at the beginning because I was on an adventure and with a heightened curiosity, I wanted to learn more,” he noted.

As  expected of a novice in any profession, Mr Sam would make mistakes while interpreting signs and symbols. But he soon realised that there must be no room for mistakes if he, indeed, wanted to excel in his chosen career.

Though it was quite fulfilling for him, he still had to make a conscious effort to improve on any assignment he undertook by listening to feedback or criticism from his peers.

The profession came with its own challenges but Sam believes the favour of God and humility had helped him overcome many hurdles.

“First, I needed to prove all those who doubted me wrong and prove myself right that I have chosen the right career path and will succeed,” he said.

Recounting his first Television encounter on a programme dubbed “This Week” in Ghana Broadcasting Corporation (GBC) studio, Mr Sam said he executed that assignment  to the best of his ability as he had already had a similar experience.

“The person interpreting the programme had travelled. I saw an opportunity, went to GBC presented myself as an interpreter and got the job after weeks of trial on set,” he recalled.

That task, he admitted, had since come with other rewarding opportunities within and outside the shores of the country.

Mr Sam had played other crucial roles during the “Meet-The-Press” sessions organised by the Government of Ghana through  the Ministry of Information to disseminate and educate the public on COVID-19 and other matters of national interest.

Apart from the long hours he endured while interpreting speeches at this forum, he noted that the engagement also had some setbacks.

“Because I am always seen standing next to officials who handle some of the cases, some people tend to suggest that I might have contracted the disease but all my test results have always proved negative,” he noted.

He is a member of the committee set up by GNAD to advocate the recognition of Ghanaian Sign language in the country.

The expert, who aspires to become a Certified International Sign Language Interpreter, emphasised the need to give Ghanaian Sign language utmost recognition.

He urged aspiring interpreters to be humble and “accept constructive criticism from the Deaf community and their colleague interpreters ” and that they should never accept an assignment “for which they do not have the requisite interpretation skills.”

“If they follow these pieces of advice, they will accomplish a lot more than what I have achieved so far,” he stressed.

His parents were the late Mr. Peter Sam of the University of Ghana Medical School and Madam Doris Abore.

In addition to watching and talking football, he enjoys reading research articles on sign language and sign language interpretation. Jollof rice and gizzard are his favourite.