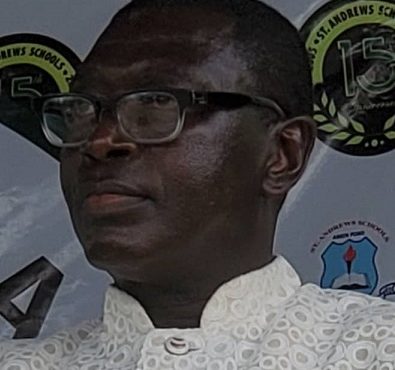 The Centre of Awareness (COA) Herbal Centre has disassociated itself from publication in some sections of the media that, their product, COAFS, had been approved as the cure of COVID-19.

The denial was contained in a press release signed by Dr Deladem Kisseih, Client Relations Officer of COA on May 25, 2020.

“We wish to state that, COAFS has not been approved as cure for COVID-19 by any institution.

COAFS was part of the herbal products submitted to the Centre for Plant Medicine Research, Akuapem Mampong for evaluation towards the management of COVID-19.

According to the Centre for Plant Medicine Research, Akuapem Mampong, the preliminary evaluation of the results indicated that COAFS was among the first batch of the nine selected products recommended to the Ministry of Health.

It stated further that, COA Herbal Center further dissociates itself from leaked reports suggesting that, independent tests conducted on COAFS food supplement confirm that the product is not contaminated.

The report on the independent test, which was conducted by the Council for Scientific and Industrial Research (CSIR), has been extensively reported by some media houses and online portals, creating the erroneous impression that, COA Herbal Center is influencing such a media campaign.

“We wish to state that, COA Herbal Center, acting upon the directive of the FDA, has since ceased production, recalled our products from the market, and submitted the same to the FDA which was safely disposed off on May 22, 2020.”

The leaked test results from the Food Research Institute, which is under the Council for Scientific and Industrial Research (CSIR) is one of the results of the numerous trial samples sent to the institute and the Centre for Plant Medicine Research for analysis, to try our lines after major renovations.

We, therefore, want to state unequivocally that, we are not behind such publications and as a genuine organisation, which cherishes the rule of law, we would not do anything that will undermine the authority and power of the FDA.

Indeed, a meeting with stakeholders and government will be held this week to deliberate on the recommendation by the Center for Plant Medicine Research and the way forward.

The question is, why would COAFS engineer such publications to pre-empt Tuesday’s meeting?

“This media campaign is the handiwork of some diabolic minds who don’t wish COAFS well.”

“It must, therefore, be on record that COA Herbal Center is strictly complying with directives by the Food and Drug Authority (FDA).  We have recalled all the specific batch numbers from the market6 as directed by the FDA.  Furthermore and more importantly, the company has embarked on several steps to ensure that its manufacturing site in Cape Coast conforms to the best hygienic practices in the world.

“The production site in the Central Region has seen some major facelifts that will ensure that COAFS products are produced under strict hygienic conditions which conform to international best practices.

“We want to state that, COA Herbal Center is committed to delivering quality, effective, efficient, and efficacious product to consumers and will, therefore, comply with all directives by the FDA.  Currently, the products is off the market.

“We, therefore, urge the general public to disregard the current media publications regarding the tests and wait patiently for the FDA’s final report, which is recognised by law,” it added.