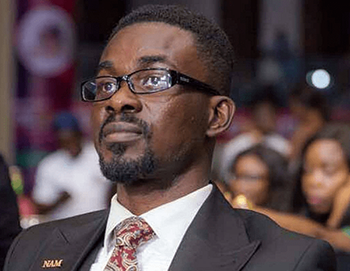 The Coalition of Aggrieved Customers of Menzgold Ghana (CACM) has terminated the appointment of Mr Timothy Binob as the chairman of the coalition with immediate effect.

The decision to terminate Mr Binob’s appointment was taken following a leadership meeting on Friday, May 15, 2020, said a statement copied the Ghanaian Times in Accra.

The statement, signed by regional representatives in Accra, Kumasi and Tarkwa ordered the former chairman to hand over all documents of CACM in his possession to Mr Samuel Odartey, the secretary of the ccoalition.

It advised members of the public to disengage official business concerning CACM with the former Chairman.

The statement said all correspondences of CACM should be addressed to Mr Odartey and Mr Fred Forson, the Public Relations Officer via 02443786322 and 0502133763.

While thanking Mr Binob for his service to the group, CACM said it would in the coming days inform members the way forward.

The CACM is a group of customers whose investments running into several millions of cedis had locked up with defunct Menzgold Company Limited.

Nana Appiah Mensah, the Chief Executive Officer of Menzgold is standing trial for alleged criminal charges including operating a business without licence from the Securities Exchange Commission.