Controversy over video of dancers twerking at Australian military event 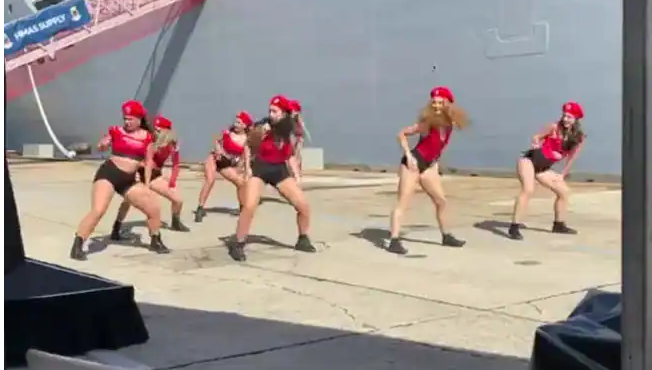 A troupe of dancers performed at the commissioning ceremony of the HMAS Supply, a new $2 billion navy ship, in Sydney on April 10,  The Week reports Footage of the dancers twerking, thrusting and gyrating surfaced on social media Wednesday and quickly went viral.

What started as criticism of the performance, however, has now spiraled into a story about inaccurate media coverage after it emerged that a clip of the performance had been wrongly edited by the national broadcaster, the ABC.  The ABC shared a video of the performance on Twitter which cut between shots of the dancers and reactions from officials and dignitaries attending the event. However, the Navy