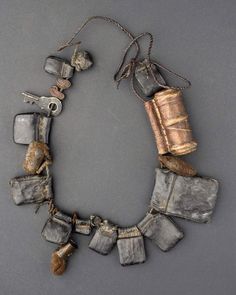 Years back – especially in the 1980s and 1990s, Ghanaian club officials and players alike, had no iota of shame talking about their involvement in juju.

They believed that juju has what it takes to win games; their belief more enlarged when a ‘magical’ goal zooms out of the blue – perhaps, by way of deflection or through a horrendous blunder in the area.

So, what is juju?

According to Ibo Cbanga, a contributor to SAGE Publications’s Encyclopedia of African Religion, juju is an object that has been deliberately infused with magical power or the magical power itself.

He says the word juju is believed to be derived from the French joujou (plaything), though some sources claim it is from the Hausa language, meaning “fetish” or “evil spirit.”

“Amulets, charms, and mascots are all common forms of juju. Usually worn for protective purposes, those objects have been infused with a particular type of energy, and wearing them is expected to create paths and possibilities for the wearer, as well as guard them against ill fortunes and evil spirits,” he added.

Though the practice is still furtively prevalent, some decent number of Ghanaian football fans now see hard-work, adequate preparation, athlete development, logistical support, et al, as some of the indispensable ingredients that can guarantee success.

Indeed, club officials particularly, the player and to some extent – supporters, assert that it takes more than ‘black magic’ to win games.

It, therefore, came as huge stunner when supporters of Berekum Chelsea sadistically attacked head coach of Ebusua Dwarfs, Ernest Thompson Quartey, during a Premier League game at Berekum Golden City Park, a fortnight ago – on suspicion of carrying juju on him into the game. After all the savage beatings, nothing was found on the clean-handed man.

That is the extent to which some of the fans dread and revere juju – instead of looking for ways to motivate their players; and instead of thinking about providing the intrinsic and extrinsic motivation to their players to deliver the goods.

When at all are our people going to rid their minds of this juju farce? It is sickening and becoming too much of an embarrassment.

On Wednesday February 19, 2019, something strange happened at the Nana Agyemang Badu Park during a premier league clash between home team Aduana Stars and Asante Kotoko.

It goes without saying that the two teams stunningly started the game with 10 men for the entire opening half whilst their 11th players sat out at the touchline bewildered. Aduana’s Farouk Adams and Kotoko’s Martin Antwi were supposed to be the 11th players for their teams.

Yes, the two clubs did not break any of the rules of the game. Indeed, a club is permitted to start with as low as seven players.

But it is quite bizarre and grotesque to imagine that professional clubs – for whatever reasons, will want to start a Premier League game with a man short of the normal list – when they had all their substitutes hanging out at the dungeon.

Desperate for victory, we are told the two clubs had separately consulted some oracles (juju) that had predicted victory if only they started the game with 10 men.  Interesting, not so?

It is shameful, primitive, and totally senseless!

True, we have got to a stage where such superstitions ought to be hurled all-too quickly out in place of professionalism.

What lessons are the two clubs imparting ontheir players by engaging in this metaphysical theatrics? That juju or superstition is the way to go instead of working their fingers to the bone?

King of Vodoo in neighbouring Togo, Anthony Kodjo Djifan, once told this writer that vodoo and juju share similar traits, believing juju plays football; but then it would take the effort of the team or player to put the ball into the net.

“I can confirm that teams from within Togo as well as neighbouring countries and regions come to seek help from me. However, I always advise them that hardwork on the field is the adrenaline to make the juju work,” he said.

Having said that it is incumbent on the Ghana Football Association (GFA) to investigate into the Berekum incident where Coach Thompson Quarteywas brutalised, and bring the perpetrators to book. Heartily, the GFA had its cameras at the Golden City Park and may have captured the sordid incident.

We must make sure incidents of this nature do not go unpunished; otherwise, we would only be endorsing its brutality and savagery in the long run, and this does not auger well for the development of our football.