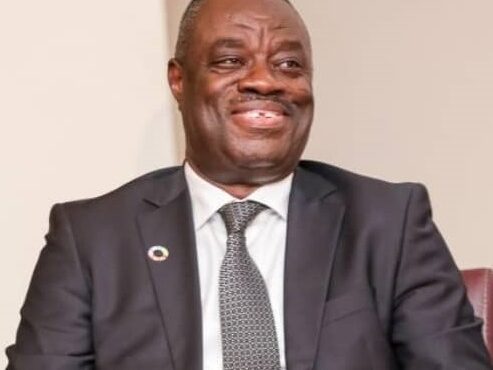 The Minister for Business Development Dr. Ibrahim Mohammed Awal has been adjudged the Political Personality of the year at the just ended 3rd edition of the Ghana Muslim Achievers Awards (GMAA) held at the Accra International Conference Centre over the weekend.

The colorful event is a Sukura Concept initiative which rewards, celebrates and recognizes the achievements of individuals and institutions in Ghana and their contribution to National development efforts as a way of encouraging society at large.

It also seeks to catalyze excellence amongst Ghanaian Muslims and as well aims to help break the glass ceiling and build a culture of excellence in the community to impact National Growth.

Sukra Concept has successfully organized two award events in 2015 and 2016 at the National Theatre of Ghana. The Vice President of the Republic of Ghana, National Chief Imam of Ghana, National Council of Zongo Chiefs, and all well-meaning Ghanaian Muslims were in attendance.

Below are other award winners on the night:

Other Lifetime Achievers Awards include the Sharubutu Excellence Honors