ECONOMIC IMPACT OF COMMERCIAL MOTOR TRICYCLES IN OUR CITIES 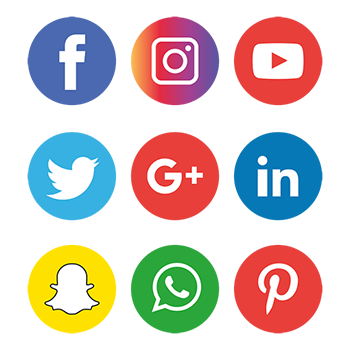 Ordinarily, an attempt to analyse economic impact of any form of activity on a community would require that such an activity should be subjected to academic and scientific data analysis. However, a cursory look at such activities could also give one a fair and acceptable idea as to how those activities impact on the economic lives of the people in the community.

In recent times, the activities of operators of motor tricycles, popularly called “Pragia” or “Mahama can do”, for commercial purposes have come into sharp focus. Their operations have been hailed by many Ghanaians for various reasons. However, some other people in the transport sector have also sharply criticized them for some other reasons.

Until recently, the use of the tricycle was common in the northern part of the country. Indeed, the roads in the northern cities and towns are usually covered by swarms of motor bikes of all kind and sizes. Sometimes, the scene of several of them moving together in the same direction is worth mentioning. The interesting bit is where women are sometimes seen rubbing shoulders with the men, thereby exhibiting their riding skills to the admiration of many observers.

The common “Pragia” is predominantly coloured yellow (though some are in other colours such as red, blue, white and green); and apart from the rider (whom some patrons of the tricycle call ‘the driver’) the tricycle takes two or three other passengers. In fact, there are also some that have been slightly elongated in size such that they can take up to five persons.

It is worth noting that it is not only men who are involved in this commercial transport business. There are also a few women who are occasionally spotted ridding “Pragia” and doing brisk business. Undoubtedly, these have created very large employment opportunities to the young men and women who have adopted the operations of “Pragia” as their occupation. The big question that easily comes to mind is, “where would all these energetic young men and women have been if these commercial tricycles were not available?”

Today, “Pragia” can be seen everywhere in our cities. The business is booming as it is attracting more of the youth who have become bread winners for their respective families. In effect, the “Pragia” business in the informal sector has indirectly reduced the levels of youth unemployment in the country and increased fiscal redistribution in the financial space within the country’s larger economy. Certainly, operations of “Pragia’ or “Mahama can do” can be said to have a positive economic impact on the country.

However, while this could be said to be solving one major unemployment problem, it is at the same time adversely affecting another section in the same transport industry. Indeed, taxi cab drivers especially are also complaining about sharp decline in their daily incomes that is affecting sales to their car owners as a result of the operations of the “Pragia” which fares are relatively less than the taxi cabs.

It therefore did not come to many as a surprise when some taxi drivers expressed satisfaction and joy when as part of measures to fight COVID-19, it was announced in some parts of the country that operators of “Pragia” should be suspended to observe social distancing. What that meant was that a large number of the youth were going to go back into unemployment, and that certainly was going to impact negatively on the economy.

Two options were then left to the men and women in the “Pragia” business. Either ignore the announcement and go ahead with the business as usual and risk the lives of their patrons or reduce the number of persons they take at a time to observe social distancing and enforce wearing of face mask by every passenger. They chose the latter. So now, the numbers of persons a “Pragia” takes at a time is two, and in the case of the elongated ones, the maximum number at a time is three instead of five.

“Pragia” has now come to be part of the transport system in Ghana. Their services have been economic and beneficial to many of the citizenry. Just like taxi cab or Uber, “Pragia” is patronized by both the lower and the middle class of the society. Fortunately, their operations are safer and more recognized than the operations of “Okada” which are almost always having problems with the police and other law enforcement agencies.

So to conclude, perhaps we must support the operations of the “Pragia” riders to boost economic growth and also create more job opportunities for the jobless.