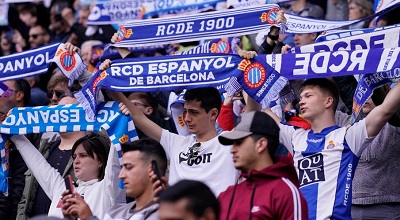 Espanyol and Leganes fans holding current season tickets will be handed free passes for the entire 2020-2021 campaign to compensate for missing matches due to the shutdown caused by the coronavirus pandemic, the two LaLiga clubs said on Tuesday.

The Spanish top-flight is set to resume in June after being provisionally suspended in March with 11 rounds of matches remaining, but as in Germany’s Bundesliga, fans cannot attend the games in order to prevent further spread of the virus.

It is unclear when fans will be able to return to stadiums, with medical experts saying mass gatherings should be avoided until there is a vaccine, which is unlikely to be available until 2021.

With the two teams struggling at the bottom of the standings, it is possible that one or both sides could be playing in the second division next season.

“Leganes will automatically renew all its season ticket holders for the next season,” said a statement from the club, based in the satellite city of the same name just outside Madrid.

“Taking into account the implications that COVID-19 has brought to the country and specially the city of Leganes, the club wants to compensate its fans and season ticket holders.”

Barcelona side Espanyol said that in addition to offering its 27,833 season ticket holders free 2020-2021 passes, they would also reimburse 20 per cent of the value of their current season ticket to account for the matches they will miss.