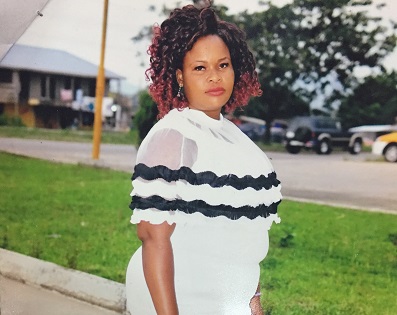 The families of a 30-year-old nursing mother, Millicent Osei, who was killed by a careless driver, is appealing to the Inspector-General of Police (IGP) or the Attorney-General to prosecute the offender.

The families led by Mr Eric Osei, came to the premises of the New Times Corporation, on Tuesday, to make the appeal.

They alleged that, the Police investigator Mr Abraham Inkoom , stationed at the Adjen Kotoku District Police, is allegedly frustrating the family, and trying to prevent the driver from prosecution.

He said on August 30, 2020, at about 5:30pm, one Ibrahim Samilla, in-charge of a KIA Grand-bird bus No.AS 3721-20, drove carelessly and killed the deceased Millicent Osei, while she was crossing the road at Kutunse.

He said the deceased sustained injuries and was rushed to the Nsawam Government Hospital, but passed on a few minutes later.

The family said Mr Inkoom was instructed by the Amasaman District Police Commander to prosecute the driver Ibrahim Samilla at the Amasaman Circuit Court, because the offence fell under that court’s jurisdiction.

They further alleged that, Mr Inkoom, after having some disagreements with the judge, at Amasaman, rather sent the case to the Abeka Magistrate Court, where the driver was promptly given bail.

“The judge at Amasaman ordered Mr Inkoom to send the docket to the Attorney General’s Department (AG), for advice and onwards prosecution at the High Court but he refused,” they alleged.

The family, they said, had since been ignored by Mr Inkoom anytime they called him.

When the police officer, Mr Abraham Inkoom was contacted on his mobile phone, on Wednesday, October 28, 2020, he denied all the allegations.

He explained that he was only the investigator and that it was the judge at Amasaman who asked him to send the case to the Abeka Circuit Court , for the suspect to be granted bail.

Mr Inkoom said the judge at Abeka granted bail to the suspect in the sum of GH¢20,000 with two sureties.

He said the suspect jumped bail once, and a bench warrant was issued for his arrest, before he started reporting to the court regularly.

Mr Inkoom said he is also working hard on his investigations, and would forward the docket to the Attorney General’s Department within a month to enable Millicent Osei’s family to get justice.