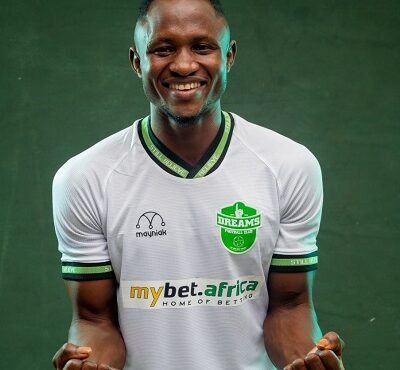 Hearts of Oak new coach, Kosta Papic, will be targeting a first win for his side when they face Dreams FC tomorrow in a tricky tie at the Accra Stadium in a match week 5 encounter.

The Phobians’ winless streak from two games triggered the appointment of Papic – a coach who formerly guided Hearts to premier league success in 2008 – to take over from stop-gap manager, Edward Nii Odoom.

But the Serbian watched from the sideline after four days in charge as his side laboured to frustrating 0-0 draw against Karela United, a result assistant coach Asare Bediako pointed out highlighted their struggles with scoring.

Fortunately for the Phobians, the schedule handed them another home advantage to fix their shortcomings before setting off on the road for much difficult match days. As Papic aims to deliver Hearts a first win, he would be wary of Hearts former striker Joseph Esso, who would be eager to score against his former side.

In other games, a regional derby at the Carl Reindorf Park will witness Liberty Professionals against revived Great Olympics. Olympics should be hoping to continue their fairy-tale start to the season against a stubborn Liberty side.

In Obuasi, AshantiGold would be hoping to overcome their exit in the CAF Confederations Cup by recording their first GPL win against a well-drilled Elmina Sharks team.

League leaders Karela would hope to continue their good start against King Faisal.

Aduana Stars have a crunch tie in Dormaa against an improved Eleven Wonders side while Berekum Chelsea must dust-off the disappointment of their 1-0 loss to Ebusua Dwarfs to survive against WAFA at Sogakope.

The rest of match week five fixtures to be played today would see Inter Allies playing Bechem United at the Accra Stadium and Dwarfs facing Medeama SC in Cape Coast.