I dated my ex-manager, cheated on him twice and got abused – Singer eShun confesses 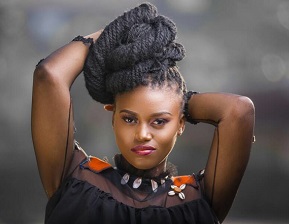 Highlife songstress eShun has confessed to dating her former manager, Stephen Mensah, despite denying the claims a few years ago.

According to the Vodafone Ghana Music Awards nominee, her romantic affair with her manager lasted just two years and decided to call it quits after surviving series of verbal abuse from Stephen.

In an interview with Zionfelix, eShun revealed that verbal abuse from her ex fiancé and manager led her into cheating on him twice.

She said she parted ways with Quophimens Musiq – the label owned by her ex – when she got tired of their romantic affair following the abusive nature of Stephen.