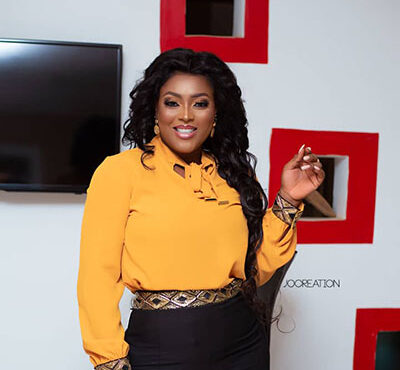 Ghanaian Actress and Television personality, Cecilia Gyase Konamah affectionately called Abena Ghana has disclosed that her obsession with the country made her use the name as her brand.

According to her, she was passionate about promoting her country on every platform with the slightest opportunity that might come her way.

She made these remarks in an interview with The Spectator after the launch of her Ghana Town Restaurant at Dome Pillar Two, in Accra.

The actress said that she believed in the country, and would want all and sundry to champion the Ghana agenda, and called for the need to patronise ‘Made in Ghana’ products.

Through this, the economy could be boosted since those involved in the value chain would generate an income to impact the economy positively.

She said that it was for this reason, that her Ghana Town restaurant served local dishes like acheke, banku and tilapia, pito among other local foods and drinks.

Talking about her love for cooking, she said her late mother who did food business for the past 30 years inspired her to get into the restaurant business.