IT Technician, 2 others in court for robbery 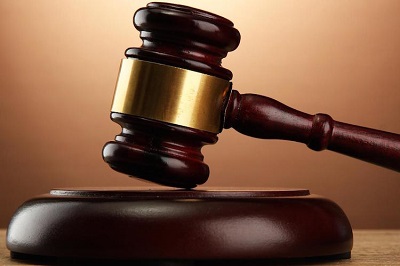 Three young men who allegedly robbed a taxi driver of his GH¢ 25,000 car and sold it to another person at a drastically reduced price of GH¢ 5,000 are standing trial at the Accra Circuit Court ‘One’.

They were remanded in police custody two weeks ago by the presiding judge, Madam Afia Owusua Appiah to appear again on a latter date for continuation.

Meanwhile, the police have embarked on a search to arrest five accomplices who are on the run. They are Mr Sammy Gravity, Mr Sammy Benchem, Spanky, Asaa Dollar, and Musah Hamzah alias Alhaji.

Inspector Samuel Ahiabor told the court that the complainant, Mr. Samuel Opoku was a taxi driver and a resident of Kaneshie while the accused also resided at Aunty Aku, Odokor Official Town and Sowutuom (all suburbs of Accra) respectively.

He said that on September 14, 2020, at about 4:30 am, the complainant was driving his Hyundai 110 taxi with registration number GX 5543-19 within Kaneshie when the 1st accused, Frank Obeng, hired him from Kaneshie to Awoshie-Mangoase at GH¢ 12.00.

The prosecutor said that when the taxi driver was about to get to the place, the 5th accused, Sammy Gravity (on the run) called Frank Obeng (1st accused) on a mobile phone to let the driver stop at a junction for him to come and pay the fare which the driver obliged.

He said that no sooner had the driver stopped than the 5th accused (Sammy Gravity) pointed a pistol at him  (driver) and sat in the car and ordered that the complainant should move the taxi to a nearby junction where their colleagues were waiting for them.

He said that upon reaching the place, Frank Obeng (1st accused) switched off the engine and instructed the complainant to surrender his Nokia mobile phone value at GH¢ 200.00 and cash of GH¢ 380.00 to them. They took the money,  pushed him out of the car and drove off.

He said that Asaa Dollar (8th accused at large) drove the car and they went and met Francis Addai (4th accused) at Ablekuma where he also took the car to Musah Hamzah (9th accused)  and sold it to him at GH¢ 5,000.00 and they shared the money among themselves.

Inspector Ahiabor said that on September 16,2020, the 1st accused (Frank Obeng) was arrested at Odorkor and during interrogation he mentioned the names of the accused as his accomplices and led the police to arrest Richard Quaye (2nd accused), Kwasi Asamoah (3rd accused) and Francis Addai (4th accused).

According to the prosecutor, the 4th accused (Francis Addai) admitted the offence and told the police that he had so far received five cars namely, two Hyundai Matiz, and three Atos including the complainant’s Hyundai 110, which were all sold to Hamzah at prices ranging between GH¢4,000 and GH¢ 5,000. The police are yet to retrieve Mr Opoku’s taxi.