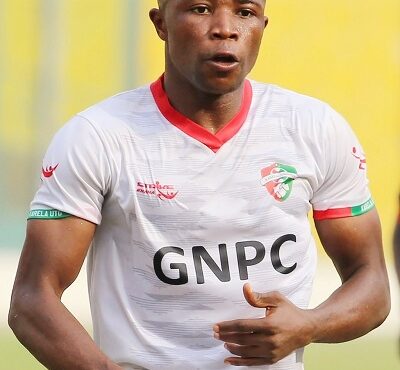 The battle for top spot could see third-placed Karela United (32 points) travel hours to battle it out with sixth-placed Dreams (27) points tomorrow at the Theatre of Dream, Dawu, in a thrilling Match Day 20 fixture. A win for the visitors could see them reclaim the top spot to keep them in their title race.

The home team will also be eager to return to winning ways after picking just a point from their last two outings; a draw with Inter Allies and a defeat away to Medeama SC.

Dreams’ Serbian coach Vladislav Vric and his charges could go all out in their quest to avenge their painful 2-1 defeat they faced at the feet of Medeama where top scorer Joseph Esso gave Dreams the lead before Franklin Osei powered Karela to victory with his two late goals.

The league and Karela’s leading scorer Diawusie Taylor, with 12 goals to his credit, has failed to score in his last two appearances and would be eager to find his scoring boots on and extend the lead, while Joseph Esso (11 goals), could also defy all odds to be on the score sheet and catch up with Taylor.

Despite a poor run of results in the first round, the ‘Eleven-is-to-One’ lads managed to secure a vital win over the Phobians on match day 3 where Richmond Lamptey’s long drive was enough to give Allies their first win of the campaign.  It is a real test for Coach Samuel Boadu who picked up his first defeat after three games in charge, and look poised to turn things around and ensure his side return to form.

The massive victory over Karela United last weekend will serve as a huge boost for bottom-placed Inter Allies who will fight to their last breathe as a win would place them above Liberty Professionals and King Faisal should they fall prey to their opponents.

In other fixtures, Bechem United will host Aduana Stars at the Nana Gyebour Park today, with Sogakope-based WAFA making a trip to face Elmina Sharks in Elmina, same day.

Eleven Wonders will welcome poor performing Liberty Professionals to the Nana Ameyaw Park in Techiman in a cagey contest, while Ashantigold square off with King Faisal far away in Techiman in a tough contest.

At the Golden City Park in Berekum, Chelsea will hustle Ebusua Dwarfs for a middle-table slot, while improved Medeama SC – led by lethal forward Ahmed Toure, will face a tricky test against Legon Cities today.

In Accra, Great Olympics and Asante Kotoko were slotting it out as of press time yesterday.