Kotoko dare not fail against Medeama 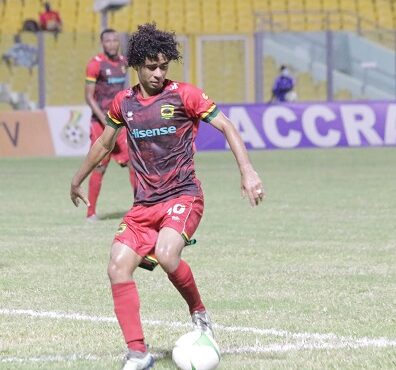 Kumasi Asante Kotoko’s quest to maintain the top spot will face a huge test today when they face Medeama SC in their crunch Week 21 fixture of the Ghana Premier League (GPL) at the Len Clay Sports Stadium.

The Porcupine Warriors would be hoping to bounce back to winning ways after earning a point against Accra Great Olympics in their last encounter, to consolidate their lead on the table.

With just two points separating the two sides, coupled with the pressure from others in the top five including Hearts of Oak and Great Olympics, Kotoko cannot afford to drop points in today’s encounter, considering its impact on their title ambitions.

What could work for the Porcupine Warriors, however, would be their newly found rhythm under Coach Mariano Barreto who seems to be building a solid team to face such challenges.

The Portuguese and former Black Stars coach has managed to pick seven points from his first three games and looks forward to another win today.

Gladly, Kotoko would welcome the return of the Brazilian playmaker, Fabio Gama who missed the game against Olympics for card accumulation and would be expected create the chances for his countryman Michael Vinicius Silva da Morais and Emmanuel Gyamfi to score.

Medeama would, however, lament the absence of their key midfielder, Justice Blay who suffered a season-ending injury in their game against Legon Cities.

That, notwithstanding, Medeama is still formidable with the likes of Kwesi Donsu, Prince Opoku Agyeman, Ahmed Toure, Rashid Nortey, Vincent Atinga and Zakaria Mumuni in the squad to be paraded by Yaw Preko.

Medeama had the edge over Kotoko with a 1-0 win at home in the first round in January and knowing the possibility of dislodging Kotoko at the apex, the Mauve and Yellows would go all out to upset the Porcupines.

Another encounter that could shake the top four positions would be at the Cosby Awuah Memorial Park where Karela host Hearts tomorrow.

Third-placed Hearts would be away to fifth-placed Karela who are desperate to return to the summit.

Hearts could also move on top of the table with a win, depending on results from their rival’s Kotoko and Olympics encounters – an opportunity they would grab with both hands.

Their first round encounter also ended in a goalless draw and both sides would be looking forward to walking away with the three points.

Title contenders Olympics would square off with Ebusua Dwarfs at Cape Coast in search for win in three games.

Olympics have enjoyed an incredible run so far and occupied the top spot in the process but unable to find wins in their last two games, losing to Legon Cities and sharing the spoils with Kotoko.

The Dade Boys would fancy a win against Dwarfs to put their top four and possibly their title race back on track.

Elsewhere, Liberty Professionals would go all out for the three points to move above the relegation zone when they host Berekum Chelsea at Dansoman in another cagey encounter.

AshantiGold would host Bechem United at the Len Clay Stadium tomorrow while the Red Bull Arena at Sogakope would host WAFA and Eleven Wonders in another mouthwatering encounter.

Legon Cities would hope to avoid a second defeat in a row when they face Dreams FC at the Accra Sports Stadium in another tough fixture.

At the Nana Agyemang Badu Park at Dormaa, Aduana Stars would clash with Elmina Sharks while Inter Allies face off with King Faisal at Dawu.