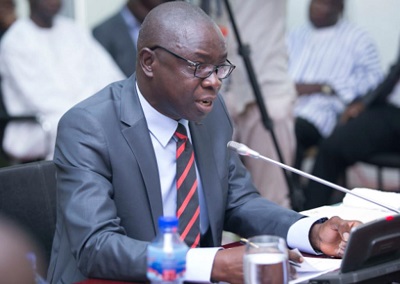 The Ministry of Lands and Natural Resources has, in this month, issued 55 small scale mining licences to beneficiaries of the Community Mining Scheme.

Twenty-two of them were at Nsiana and Manso-Nkwanta in the Ashanti Region, covering an area of 554 acres and 17 at Akoase in the Eastern Region covering 428 acres of land.

The scheme is a new mining model introduced by government to allow host mining communities engage in lawful mining and address underlying causes of illegal mining within mining areas across the country.

Launching the scheme at Nsania in the Amansie West District on June 3, Minister of Lands and Natural Resources, Kwaku Asomah-Cheremeh, said the scheme, was a novel intervention that encourages persons in mining communities to undertake meaningful mining ventures and ensure sustainable livelihoods for the beneficiaries.

One key benefit of the scheme, he said, was the creation of 16,000 jobs which could positively impact local and rural economies.

The scheme would stimulate wealth creation and improve the local economy through the generation of value within local economies and further create horizontal, vertical as well as other linkages with other sectors of the Ghanaian economy, he added.

Additionally, the minister stated, that the scheme would enable community involvement in mining in response to the legitimate desire by host communities to participate in the mining industry value chain.

To ensure a successful implementation, Community Mining Oversight Committees have been formed while Small-Scale Miners Code of Practice have been adopted, he said.

He noted that the community miners would also be provided with support services to enable them work effectively.

Mr Asomah-Cheremeh urged the beneficiaries to take advantage of the scheme improve their livelihoods and promote community development.