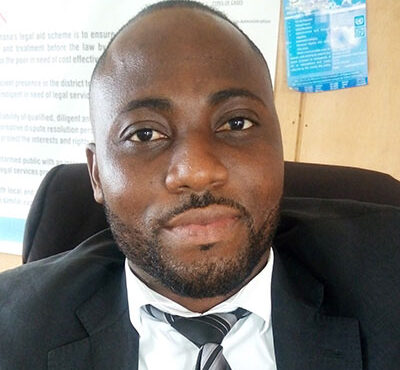 A total of 220 people in the Volta Region had applied for assistance from the Legal Aid Commission (LAC) to resolve disputes with other parties, in the first half of 2020.
These disputes mainly involved divorce, child maintenance, debt recovery, insurance, and land cases, according to Mr Maclean Kumedzro, Alternative Dispute Resolution (ADR) Officer of the LAC at Ho.
Other cases also included letters of administration, labour, and disputes between landlords and tenants.
Mr Kumedzro told The Spectator in a recent interview that, so far, the commission had resolved 128 of the cases, using ADR techniques while 84 cases were pending.
He said that eight applicants had withdrawn their cases from the LAC.
Meanwhile, the commission has referred 102 of the cases to lawyers to pursue at the law courts, where 55 have been resolved with 47 pending.
The ADR Officer said that last year, LAC received a total of 215 of such applications.
He said that more people were now turning to the commission for dispute resolution as a result of its vigorous education at campaigns on air.
Mr Kumedzro said that the commission had offices at Hohoe and Denu also, and stressed the need for more staff for the commission which had only 13 personnel, including two lawyers and one ADR officer in the Volta Region.
Mr Kumedzro, however, complained of the lack of adequate funding for LAC to run its operations smoothly, saying that “with adequate funding, we will attend to more clients in good time”.