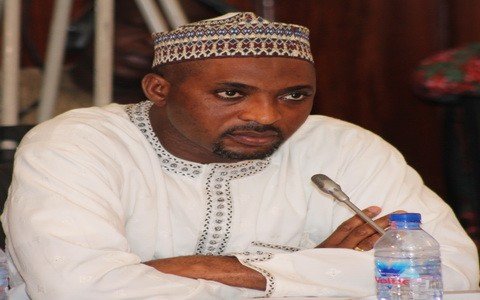 On 10th January, 2021, Mohammed-Mubarak Muntaka openly and blatantly scandalised and bastardised  the Supreme Court Justices of the 4th Republic of Ghana over an unproven allegation of attempted bribery by one of them.

And who is Mohammed-Mubarak Muntaka? He is a seasoned Member of Parliament for Asawase constituency in the Ashanti Region, who has won that parliamentary seat a number of times. He is said to be a devout moslem, so he has “earned” the title, ‘Alhaji’.

As a Member of Parliament, Alhaji Muntaka has “acquired” the title “Honourable” also, so he is an honourable man. Significantly, Honourable Alhaji Muntaka is the Minority Chief Whip, thus, whipping his NDC minority members in Parliament to tow certain lines of actions in the august House.

How did he scandalise and bastardise the Justices of the Supreme Court? Alhaji Muntaka loudly claimed on Joy Television News, on 10th January, 2021, that a female NDC Member of Parliament had been invited by a Supreme Court Judge, with the express intent to bribe her to vote for Professor Mike Oquaye, during the contest for the Speakership position of Parliament.

Indeed, Honourable Muntaka insisted that he has evidence to prove that the un-named Supreme Court Judge really attempted to bribe a female NDC Member of Parliament and that at the appropriate time he would lead evidence to that effect.

Alhaji Muntaka  assured on Joy Television News, that he would raise the bribery allegation against the Judge on the floor of Parliament and would as well, call for the establishment of a committee to investigate it.

Curiously, Muntaka did not name any Supreme Court Judge but claimed that he trusted his nameless NDC female MP colleague who broke the bribery allegation to him.

Readers, the Supreme Court Judges are not earthly saints, and so if one or two or all of them misconduct themselves, they must be investigated through the appropriate channels and where necessary, sanctioned.

But for a seasoned parliamentarian to carry unproven bribery allegation against a Supreme Court Judge onto a television station, it will be difficult to comprehend by rational beings.

Is it the case that Alhaji Muntaka has no knowledge of any appropriate political, legal or constitutional forum to channel his so-called bribery allegation against the Supreme Court Judge for redress?

What was his motive then? Just to bad-mouth the institution of Supreme Court and the entire accomplished Justices? No, I think his real motive is still hidden.

It is, however, instructive that the Judicial Service encouraged Mr. Muntaka to assist it to get to the bottom of his bribery allegation.

Instead of grasping such opportunity with both hands, Mr. Muntaka is rather dispelling it with half-hearted apology.

In a press statement announcing his apology, Mr. Muntaka said: “Admittedly, because I did not specifically name any Judge, this may have had the effect of scandalising the judiciary in its entirety. This unintended consequence is deeply regretted.”

Paragraph four of the apology said:” I, therefore, wish to respectfully retract same and apologise for the harm done to the image and reputation of my Lord Justices of the Supreme Court and the judiciary as a whole.”

Paragraph five of Muntaka’s apology, however, makes his whole intent suspicious. He said:” Based upon good counsel, I have also decided to let sleeping dogs lie and will consequently refrain from any further commentary on the matter …”

From my understanding of paragraph five of Muntaka’s apology, he has not retracted anything from his bribery allegation made against a Judge of the Supreme Court.

He still stands by the unproven allegation and with this kind of attitude, I will urge the Supreme Court Judges to reject Muntaka’s apology and spite it with a pinch of salt.

In my view, Alhaji Muntaka must seek ” proper” good counsel and do “proper” consultations. Following that, he must properly retract the bribery allegation he made against the Justices of the Supreme Court and apologise to them unconditionally.

Otherwise, I will urge Honourable Muntaka to wake his sleeping dogs up and whip them to bark and bite until we get to the bottom of this matter.

Already, a list of all the female NDC Members of Parliament has been compiled and some people are pointing accusing fingers at the “culprit” likely to have told Muntaka that a Supreme Court Judge attempted bribing her.

This matter must not be swept under the carpet. So, if Muntaka is not ready to do the needful, a full-scale enquiry must be instituted to arrive at the truth. After all, nobody compelled him to render his half-hearted apology.

As leading lights of society, we must learn to respect our institutions of state and assist them to right the wrongs through the appropriate channels, when need be, instead of scandalising and bastardising them from the rooftops.