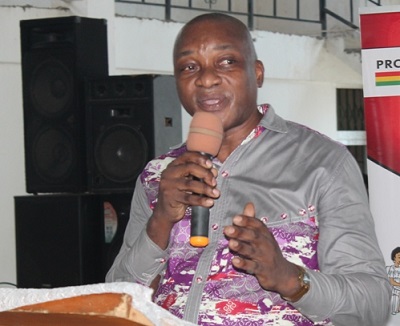 The Eastern Regional Directorate of the National Commission for Civic Education has collaborated with the Presbyterian Church of Ghana, the Ghana Police Service and the Electoral Commission in a public education drive to ensure that peace reigns before, during, and after the 2020 general elections.

According to the Eastern Regional Director of NCCE, Mr Alex Sackey, the campaign which was in four phases started in October and would cover areas such as the Akuapim North, New Juaben South, Suhum, and Nsawam municipalities.

Addressing the New Juaben South Session at the Calvary Congregation of the Presby Church at Suhyen, a suburb of Koforidua, Mr Sackey said that Ghana was privileged to be going to the polls for the eighth time since the 4th Republic was ushered in.

He said, in all the process, Ghana had had three peaceful change overs from one political party to another and thus solidified its credentials as a democratic country.

He said edespite all the achievements made with such good track record; there had been very serious tensions in 1992, 2008, and 2012 at the end of the elections, and therefore, urged Ghanaians to remain vigilant and do everything in their power to maintain the peace being enjoyed.

He advised all stakeholders to play their part truthfully by putting Ghana first at all times, adding that “we should begin to imagine politics as a relation between communities, and one another to enable us to understand that peace is good.”

The Regional Director encouraged the EC to continue doing their best and be transparent, fair, and impartial to all political parties at all times for them to accept the election results.

Mr Sackey entreated the police to apply the law without fear or favour and admonished the political parties to be very courteous and polite on platforms, radio and television stations, adding that intemperate language would create reactions from the other side that could disturb the relative peace in the country.

The Eastern Regional Crime Officer, Mr Reuben took participants through the electoral laws and their corresponding sanctions when breached.