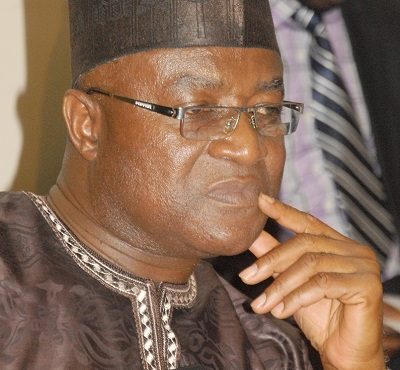 Minority Leader Haruna Iddrisu, has said that a National Democratic Congress (NDC) government will make it natural for the Electoral Commission (EC) to register all qualified Ghana citizens and issue them with Voter Id cards.

This, he said, would be done within the 100 days of coming into power.

According to him, the NDC intended to do that by deploying acceptable electronic technology, which would work into the future of electronic voting for Ghana.

Mr Iddrisu gave the assurance when he briefed journalists Wednesday in Parliament after the House had voted to accept the Report of the Committee on Subsidiary Legislation on the Public Elections (Registration of Voters) (Amendment) Regulations, 2020 (C.I 126).

The House, moments earlier, by a division, which was won by 106 to 92, adopted a motion to accept CI 126 introduced by the EC to proscribe the use of the Ghanaian birth certificate and the Ghanaian Voter ID card current as valid documents to be used for the registration for new Voter ID for the 2020 general elections.

Mr Iddrisu maintained that the NDC was persuaded to stand by the Ghanaian public, whose right to vote has remained entrenched and guaranteed under the 1992 Constitution.

He said many Ghanaians in the future would appreciate the principled position taken by the party as political opposition and Minority against the EC’s exclusion of the birth certificate and voter’s identity card.

“Many of you, going forward and into the future, would appreciate the principled position we have taken as political opposition and political minority, wary of our numbers, it is not a vote we could win or easily win, but we are persuaded to stand by the Ghanaian public whose right to vote, remain entrenched and guaranteed under the 1992 Constitution,” he added.

However, Mr Osei Kyei-Mensah-Bonsu, the Majority Leader, reacting to the Minority’s press conference, accused the Minority NDC caucus of shifting the goalposts on issues of the electoral register from insufficient budget allocation to the EC, and now to birth certificate.

He noted that in 1992 when the first voter’s register was being compiled, the birth certificate was never used, so was the 1995 and 2012 re-registration exercise.

Mr Kyei-Mensah-Bonsu also explained that the remit of the Committee on Subsidiary Legislation was defined by Standing Order 166 and their task was to prove whether the CI brought by the EC infringes any constitutional law.