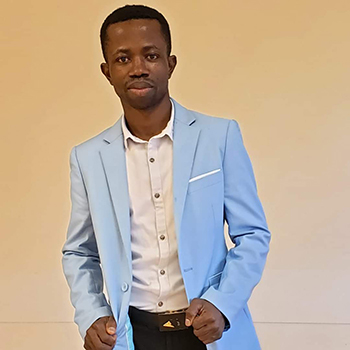 According to him, he had the inspiration during one of his military exercises at Yakima, Wa, in the Upper West Region.

“Megyae Mu humbles the arrogant, helps the helpless, gives hope to the hopeless, gives faith to the faithless and gives health to the hurt as one surrenders wholeheartedly to the all-embracing God through the reggae fashion/mid-tempo instrumentation to the spirit-filled lyrics.”

Listening to “Megyae Mu” is a rise “above the noise and a refreshing water to a panting deer. The divine inspiration behind it makes it defy languages to speak to every listening soul”.

Nhyiraba  Adu Minka,  who described himself as an agent of transformation, stated that  the world was at its wits end due to COVID-19 and has no other option but to  surrender to the Maker for restoration.