Police Ladies FC to get astro-turf 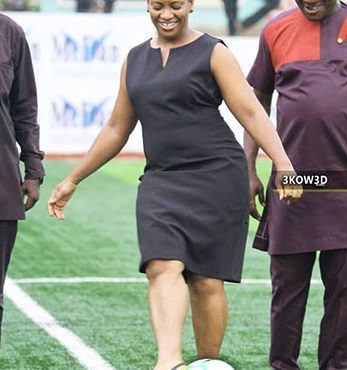 The Ghana Police Service will soon begin the construction of an artificial turf at the Police Training and Academy School at Tesano.

Assistant Commissioner of Police (ACP), Lydia Donkor, said it will serve as home ground for its sports teams including the Police Ladies football team which serves as Chairperson.

The Police Ladies team currently uses the McDan La Town Park as their home ground for the Women’s league but ACP Donkor, who is the Head of Legal Prosecution at the Greater Accra Regional Police Command, said on a Metro TV Sports Show that a home ground of their own will give them a huge advantage.

“It is our hope that we develop our pitch at the Police Training and Academy School. It will give us the chance to play in front of our people. We will enjoy considerable support from them. That will be a motivation for our girls.”

“We have a huge park which does not meet the standard for the league. When we develop and turn it into an astro turf, it could turn our fortunes around,” she said.

Meanwhile, ACP Lydia Donkor has commended the Ghana Football Association (GFA) for its efforts to support clubs ahead of the resumption of the league season.

Football activities have grinded to a halt following the covid-19 outbreak and has in the process rendered every major player in the industry inactive.

With no matches to be played, players have been forced to be at home with administrators struggling to meet financial demands to players.

However, the FA has been trying to institute measures to cushion the clubs against the difficulties arising out of the situation.

That includes the distribution of footballs to the clubs and US$10,000 cash support.

ACP Donkor said what the FA has done was enough to be commended.

Comparing to previous years, she noted that the standard seen at women football games have improved tremendously and was confident that it will get better with more initiatives from the FA.

ACP Donkor also commended the media for its role this season, saying that, ‘we have enjoyed marvelous coverage from the media and that has helped in the hype for the women’s game. Now the players hear their names in the media and watch their games. This motivates the girls to do their very best.’