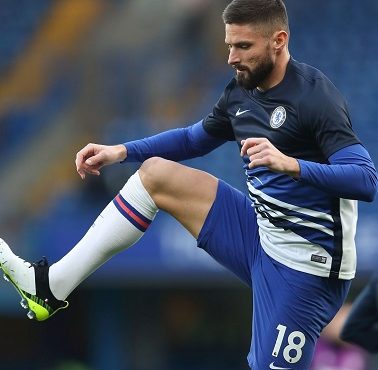 The Premier League will return on June 17 after a 100-day stoppage, cramming the remaining 92 games of the season into just five-and-a-half weeks.

A deluge of football may be welcomed by fans starved of live action for three months.

But it is expected to take a heavy toll on players hit by the combination of a long layoff, little contact training, fixture congestion and less hands-on treatment.

“We are expecting more injuries at this time,” Newcastle club doctor Paul Catterson told the BBC.

“We have had players asking if they can have ice baths after training and they can’t at the moment – all we can do is give them ice to take home. It’s like going back 15 years.”

The injury risk is of particular concern for those players who are out of contract at the end of the season and fearing for their future.

Championship side Charlton will be without top scorer Lyle Taylor for their battle against relegation as the 30-year-old has decided not to play and put a lucrative move at risk.

“It makes me think what would happen if I had an injury now that threatened the rest of my career,” Taylor told Sky. “I’ll be honest with you, it scared the life out of me.”

Olivier Giroud was also out of contract at the end of the campaign when coronavirus hit, but has been handed an extra year on his deal at Chelsea.

But at 33, the French World Cup winner is feeling the effects of pre-season-style training without the help of physios to aid his recovery.

“I’ll admit that if I could have more care and treatment to look after my body, it would be better,” he said.

To help lighten the load on players, the Premier League has not only adopted a temporary change to allow five substitutes per side, but also increased the size of a matchday squad from 18 to 20.

However, the lesson from Germany’s Bundesliga, which returned on May 16, is that an increase in injuries is almost inevitable.

According to sports science specialist Joel Mason, Bundesliga injuries went from a pre-lockdown average of 0.27 per game to 0.88 in the first round of fixtures after the competition resumed.

“The early indications from both training and matches continue to point in one direction – that post-lockdown injury rates are comfortably outside the boundaries of the typically observed injury rates,” Mason wrote in a blog post.

Conditioning expert Raymond Verheijen has been a consistent critic of the grind Premier League players are put under even without the complicating factor of coronavirus.

The Dutchman, who served as part of Guus Hiddink’s coaching staff and has worked with Barcelona, Chelsea and Manchester City in the past described the return as “Russian roulette with the health of players at stake.”

“I am convinced the players sense the danger, but they are in a difficult and dependent position,” Verheijen told the Mirror.

There is so much still to play for at both ends of the Premier League that players can ill afford to bed themselves back into rhythm.

The battle for survival or European qualification could come down to those lucky enough to have their stars on the pitch and not the treatment table. – worldfootball.net