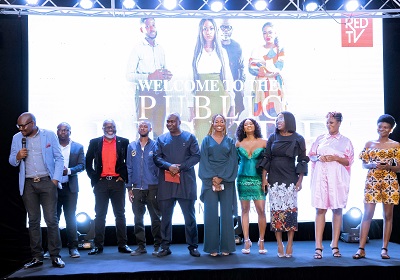 United Bank for Africa Ghana Limited has contributed over US$100,000 to the Ghanaian creative art industry through the production of a 13 episode Ghanaian series titled Public Figure.

The bank’s Lifestyle and Entertainment channel, RED TV  premiered the Ghanaian series on its YouTube channel on  May 19, 2021.

Ahead of this, the  official premiere of the series took place at the Kempinski Gold Coast Hotel in Accra on May 14, 2021, which was attended by people of diverse background including Nigeria’s music star Wizkid.

The series shot, produced and developed by a 100 per cent Ghanaian cast and crew was directed by the award-winning Eddie Sedor.

In a speech read on his behalf, Minister of Tourism  Arts and Culture, Hon. Dr. Ibrahim Mohammed Awal lauded UBA Ghana Ltd. for the initiative and used the opportunity to call on other financial institutions to emulate the worthy cause.

He said “When I heard of the US$100,000 UBA Ghana has invested in the Ghanaian creative art industry through this series, I was happy about the entire initiative and its benefits to the movie industry. “

He further added thatb “such is the holistic growth that the creative arts and tourism sector in Ghana needs and I believe its impact has the potential to transcend into the tourism sector and the country at large and  eventually lead to the Ghana beyond Aid Agenda.”

In his remarks, the Managing Director and Chief Executive Officer of UBA Ghana Ltd., Mr Olalekan Balogun said that  UBA as a lifestyle bank wanted to provide good content for its customers and Ghanaians at large besides banking.

He commended the Director of the movie for capturing the ills in the society, saying the series was a reflection of what was happening in society and advised leaders not to use their powers negatively.

The Public Figure series narrates the story of Wonder, a charming young lady, who quits the corporate life under pressure from a sexual pervert of a boss to pit herself up to be in the celebrity space. It’s a whirlwind rise to the top for her through the corridors of power, literally, more than she even bargains for.

It unravels a story of love, politics, power play and the celebrity life as we go behind the scenes from hotel meeting rooms to illicit activities in bedrooms and secret presidential villas in a quest to know the mystery behind public figures.