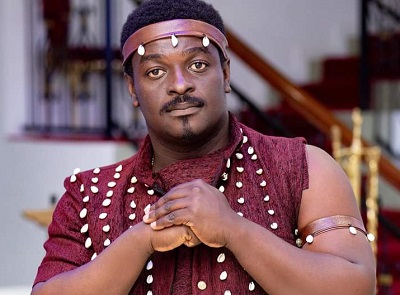 There seems to be no end in sight regarding the tussle between two highlife artistes, Kumi Guitar and Quarme Zaggy, as the former has reacted to the threat of court action by the latter.

Few weeks ago, Kumi Guitar released a new song christened “Sex” which mentioned some artistes like, Shatta Wale, Bless, Kuami Eugene, Kofi Kinata among others and described them as non-virgins.

Kumi mentioned Quarme Zaggy in the song and described him in some words which did not go down well thus, eliciting a quick response from him (Zaggy).

Quarme Zaggy who felt slighted in the song, has since threatened legal action, saying the lyrics about him amounted to defamation of character, for this reason Kumi Guitar should be prepared to meet him in court.

Reacting to this, Kumi Guitar told The Spectator that, “this is a creative piece, and as a musician, he could not have used any other professionals, than those in his own circles who ply same trade.”

He stated that the music was to create humour, and entertain people, and was surprised that Quarme Zaggy, a known Ghanaian musician did not see the artistic intent.

The “Betweener” hit maker, (Kumi Guitar) posited that after he released a song dubbed “Dream”, Quarme Zaggy countered with a song “Tototfiifii” which he (Quarme Zaggy) threw a jab at him, but he did not take the court approach to settle the issue.

According to Kumi, he expected a reply lyrically from other artistes, to keep the music scene active or vibrant.

“Together with my label we are ready for him, being the first to go to court, does not make one a victor,” he said, stressed that he did not intend defaming anybody, rather, he believe  this could bring about togetherness.

Kumi Guitar, said “he doesn’t want to overburden music lovers with a lot of songs, and considering the upcoming elections, he would wait a little and release his album next year.”