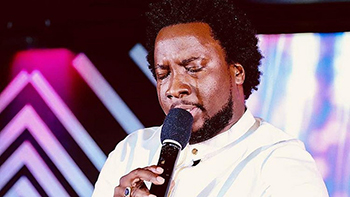 Apraku My Daughter has shockingly passed on just when a video of him has gone viral.
In the video, an unknown woman was scolding and teasing him for becoming a drunkard despite how powerful and popular he was as a man of God, according to her it was his payback for not being a true man of God.However, the video rather caught the attention and generosity Sonnie Badu who offered to help him. Speaking about his death, he said “We have just been informed that the pastor passed on to be with the Lord this morning. It looks like it was my urge to helping him that alerted people to go check on him and when they did he had passed on”. Paying tribute to the man of God whose real name was Pastor Emmanuel Kwaku Apraku, Sonnie added that “No one had heard from him for 3 days … Sir, may you Rest In Peace. I heard you were a giver and loved people. Tears are in my eyes while watching KOFITV now”The Gospel singer, ow a preacher in the U.S continued that “On this note, I want us to pray for pastors and ministers who have sacrificed everything for the gospel and their families. Some are going through intense depression others have attempted suicide, yet they have to stand and pray, minister, take care of souls … please don’t forget to say a little prayer”