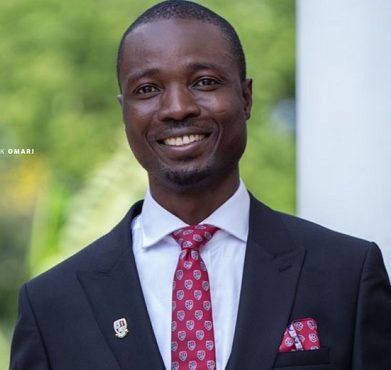 In Ghana, when couples are unable to have children of their own, it is the women who are mostly deemed to be stigmatised and ridiculed for their inability to have children.

However, according to experts, male stigmatisation is also high with theirs done subtly, causing them to take in all kinds of drugs and aphrodisiacs to boost their ability and to help them solve their problems.

Some are teased and mocked by their wives, relations and friends also give them several names depicting their problem.

The situation is causing some infertile men to lose their confidence, some have developed low self-esteem while others push the blame on their spouses or commit suicide.

In an exclusive interview on the issue with Dr Francis Vinkpenuba Wuobar, an Obstetrician Gynaecologist from the Eastern Regional Hospital, he explained that male stigmatisation was real, adding that it is causing a lot of sub fertile men to suffer emotionally and therefore called on the public to stop all forms of stigmatisation of infertile couples and rather show love and give them support.

He explained that “men take ridicule and stigma rather poorly than women and tend to internalise their emotions which cause them to lose their ego. The concept of not being a man enough is devastating.”

“Sometimes, some men who are deemed infertile in a bid to remain emotionally stable rather take the blame out unto their partners and this may cause them to avoid seeking help altogether,” he added.

Dr Wuobar explained that child bearing involves a lot of process which can be interrupted and cause infertility, revealing that infertility in men can be as a result of dysfunctional sperm, prostrate, dysfunctional testes among others.

“Even at the production stage, an interruption can occur, it could be a problem with the testes which at a child stage may have not descended well into the scrotum or because of poor temperatures among others.”

He said it is only on a few occasions that some men may accept they have a problem attributing their reluctance to the stigma that they may go through.

The Obstetrician Gynaecologist called on the public to desist from subtly mocking men or infertile couples in general and rather encourage and support them to seek help.

Kwabena (not real names) who has been married to his wife, Akua for over 30 years and lives in Tema told The Spectator that his wife left home and married another man because he was unable to impregnate her after he was diagnosed with low sperm count.

He said the situation made him lose his respect before his wife, friends and relatives who subtly stigmatised him and called him names.

He said he has been unmarried since and adopted two children he was taking care of. He, therefore, called on people to stop stigmatising men and rather encourage them to seek help when necessary, adding that wives are supposed to support their husbands.

Adu, also told the Spectator the he has been married for 15 years without a child, adding that it has not been a pleasant situation and called on the public to desist from stigmatising infertile couples.

“You feel it more when your colleague has delivered and you hear people tell him you are a man, it’s terrible.”