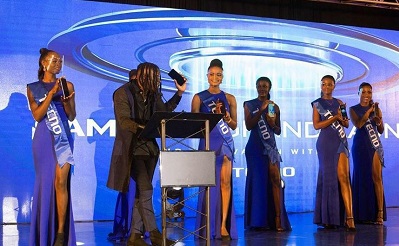 It was a wee-feeling when the Dancehall sensation charged the atmosphere to launch the smartphone which boasts an industry-first rear 64-megapixel quad camera and a front 48-megapixel camera for photo enthusiasts.

Tecno Training Manager, Cyril Amarteifio reiterated that, one of the key outputs of TAIVOS™ is providing users an excellent and unprecedented visual experience, especially at night and low-light environments.

According to him, Mobile Zone and Tecno started partnership 14 years ago when Mobile Zone and TECNO decided to cooperate in doing business, envisaging at the time that their collaboration would bring about a very successful business in the future.

“Today that vision, we can say, has seen the light of day with many thousands of people gaining employment and establishing businesses through that initiative”, he stated.

Stonebwoy thrilled the crowed with his latest hit “Putuu”.