To start or not to start… 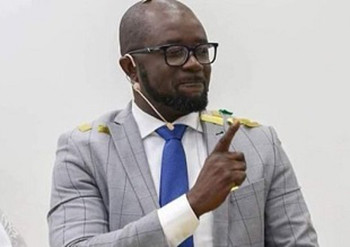 The re-start of the German football league –Bundesliga – has inspired hope among countries whose leagues were grinded to a halt due to the coronavirus (COVID-19) pandemic.

After back-and-forth engagement with German authorities over an appropriate date to recommence, having suffered from the brutal effect of the virus as a country, the competition continued under special guidelines to ensure the disease was not spread.

But for the failure of Hertha Berlin players to adhere to celebration protocols in their 3-0 win over Hoffeinham on Monday, there was no hitch.

It has sent clear signals to other league around the world including Ghana that the ‘Project restart’ was possible.

In England and other places, teams have assembled for training to commence.

However, their activities will be closely monitored by the authorities to ensure that guidelines like the regular testing, social distancing and other protocols were observed.

In Ghana, however, the discussion is ongoing with no date in sight to resume as there appears to be a sharp division among stakeholders over when it was safe to do so.

The situation becomes even gloomier with the upsurge of confirmed positive cases, leaving stakeholders in a state of despair and hopelessness.

Interestingly, apart from King Faisal’s bankroller, Alhaji Grusah who openly and fiercely oppose talk about a restart, clubs appear to have been very meticulous in their pronouncements on the matter; preferring the FA to lead the process to return.

This is the more reason why the FA must be proactive in the covid-19 era and work closely with the authorities to find ways to bring the game back.

Obviously the signs on the wall do not suggest covid-19 is leaving now as Ghana’s case keep soaring despite assurance of reaching its peak.

Instead of waiting for government to ease the restrictions fully, the FA could come out with reasonable ideas that can convince all and sundry that football could return.

It could mean undertaking mandatory tests for all players and officials at the elite level to know the number of cases just as was done in England, Spain and Italy. It should include match officials and other workers on a match day.

The outcome will put the FA in a position to know the rate of infection among the main actors.

If the rate is very low, it could progress with the next phase of getting clubs ready to start training but under the same guidance with positive cases getting isolated.

Obviously, the matches will be played without the fans; suggesting that media for the games must also undergo compulsory test to run commentaries and provide match reports.

Based on its progress at this stage, the FA could also adopt some of the practices in some countries that want to accept fans but should do so under strict social distancing rule.

Organisers of the games must also ensure water, soap, alcohol based sanitizers were provided at the venues for nose-mask wearing fans or any other match day worker.

These would surely come at some cost which will not be left on the shoulders of the FA alone; the clubs must support.

However, the readiness of the clubs to ensure all of the above will help answer the myth to start the league or not.