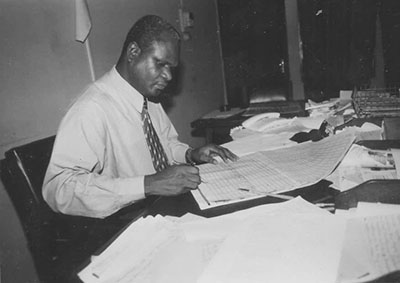 Now the laborer’s task is o’er;
Now the battle day is past;
Now upon the further shore
Land the voyager at last
Refrain:
Father, in thy gracious keeping
Leave we now thy servant sleeping.
Amen.
There the tears of earth are dried,
There its hidden things are clear,
There the work of life is tried
By a just judge than here; [Refrain]

‘Earth to earth, and dust to dust,’
Calmly now the words we say;
Leaving him to sleep in trust,
Till the resurrection day; [Refrain]