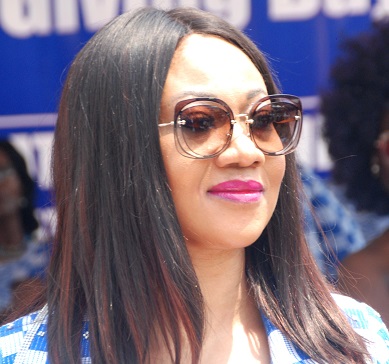 The Chairperson of the Electoral Commission (EC), Mrs Jean Mensa, has said that there are names of more than one million dead people still on the country’s electoral roll.

This according to her could create room for manipulation, as a result, all the necessary steps must be taken to ensure that names that were not supposed to be on the register were removed.

Mrs Mensa disclosed this to the leadership of the Trade Union Congress (TUC) at a public forum last week Friday in Accra.

The forum was organised by the TUC in collaboration with Friedrich Ebert Foundation, a non-governmental organisations.

It was on the topic: “towards a peaceful general election in December 2020.”

She said the commission’s decision to compile a new register was to address some of these challenges and it was in the interest of all stakeholders to support the exercise.

Mrs Mensah explained that the compilation of a new register remained the surest way of delivering a free, transparent and credible election.

She said following the acquisition of the new biometric voter’s machines, experts advised against using the existing system in managing the biometric data since doing so could lead to losing biometric information of eligible voters.

She said the finger prints on the old biometric system were poorly done and that could cause electoral hindrances to undermine the EC constitutional mandate of organising credible and transparent elections.

“A lot of people have agitated the reason why the purchase of a new system must lead to the compilation of a new voters register but the answer is simple.

Our experts advised us from the onset that acquiring a new system would lead to changing the system operating the biometric management system,” she said.

“Names and finger prints of citizens are likely to be missed from the register which the EC is not ready to risk, therefore, the EC is following its constitutional mandate to conduct credible and peaceful elections,” Madam Mensa said.

She dismissed claims that the Commission has not compiled a new register in an election year before noting that in 2004 and 2012 the register was changed.

“Indeed in 2012, that was when the biometric technology was introduced into the country. At that time, it was new and we did not have experiences in it but the Commission felt it was necessary in the interest of strengthening the system to compile a new register,” she said.