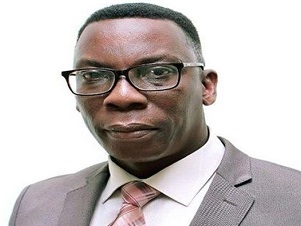 A total of 327,948 newly issued insurance stickers have been captured on the Motor Insurance Database (MID) as of May 19 this year, the Commissioner of Insurance, Justice Ofori has said.

The NIC’s Motor Insurance Database (MID) was implemented in January this year with the objective to curb the menace of some unscrupulous people issuing fake motor insurance to unsuspecting members of the general public and  thus endangering lives and property.

The statement said some motorists could not access insurance when their vehicles were involved in a crash due to the purchase of fake insurance.

“The reality dawns on these motorists only when involved in accidents and innocent third party victims of such accidents are left to take care of themselves without any compensation,” the statement said.

It said in spite of the MID, some unscrupulous entities and individuals continued to issue fake license.

“So far the Ashanti Region leads in the number of arrests made and the lenses of the Regulator are being zoomed in to their last pixels across the country in order to fish out these miscreants to rid our roads off the perpetrators of this phenomenon,” the statement said.

“The fight by the NIC to eliminate fake motor insurance continues”, he assured the general public and encouraged them to check the validity of their insurances using the short code *920*57# and follow the instructions for verification.

Relatedly, the statement said the Ashanti Regional Police in a joint operation with the National Insurance Commission NIC on Tuesday, May 19, 2020 busted a member of a suspected cartel of fake insurance stickers upon a tip-off near the Aboabo DVLA Office.

The arrest was made at the instance of the Kumasi Area Manager of the NIC upon submission of the fake documents.  The case is currently being investigated by the police.

The statement said a female insurance agent who sells motor insurance for Loyalty Insurance was caught issuing fake insurance stickers of Prime Insurance Company Limited to members of the general public at the premises of the Kumasi DVLA Office.

In a similar fashion, two agents of Millennium Insurance Company Limited have also been arrested for possessing fake Allianz Insurance sticker booklets also at the premises of the same Kumasi DVLA Office and the cases were under investigation.