3Music awards: Multiple stages, one auditorium, as KiDi emerges Artiste of the Year 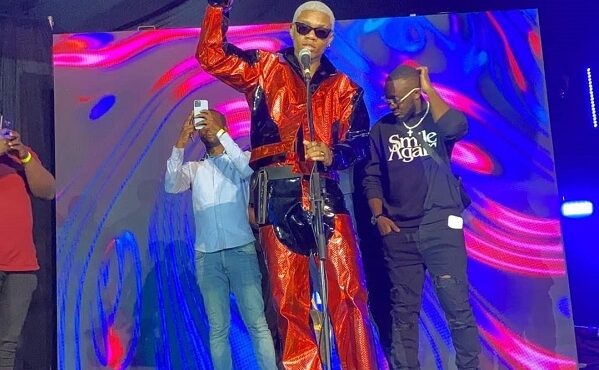 Patrons at the Grand Arena at the Accra International Conference Centre and those who watched from the comfort of their homes were stunned as organisers of 3Music Awards put up a memorable event with multiple stages on Saturday, March 26,2022.

The auditorium had more than five stages positioned at different areas with about 13 cameras beaming the event live for the public.

Right after a wonderful pre-show, which hosts engaged artistes and stakeholders of the creative arts at the event, attention was switched to the main show.

Unfortunately, due to some unforeseen circumstances, the event had to delay unduly which created a space of boredom for patrons and viewers.

Interestingly, they were able to avert the technical hitches and bounce back with a bang on the night making a statement with an opening act.

The awe-inspiring act saw ‘rain fall’ on Second Sermon hit maker, Black Sherif at the point of his performance.

This led to wide praise and appreciation for the organisers who were able to swiftly redeem their image from the delay. The show was further spiced with well coordinated performances which moved from one stage to the other.

Another innovation which brought laughter to patrons and viewers was the Flavour Room with comedian, OB Amponsah and Lekzy Decomic, as they mesmerised everyone with their spectacular performance.

At the end, Lynx Entertainment Records label signee, Dennis Nana Dwamena known in showbiz as KiDi was crowned Artiste of the Year for the second time.