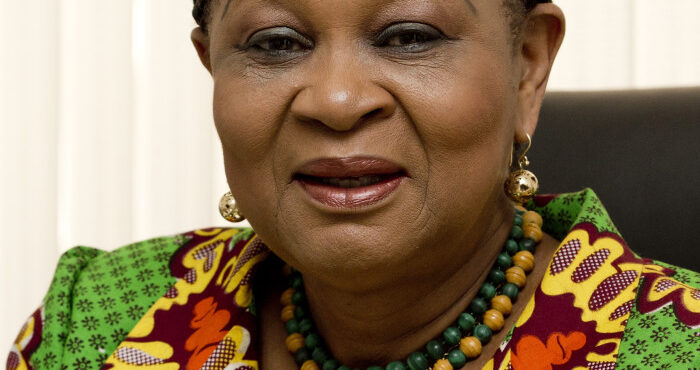 Tomorrow is Palm Sunday but instead of focusing on the usual story of the Triumphal Entry, important though it is, we would like to share with you how the gospel of Luke handles Jesus’ entry into Jerusalem and His actions thereafter.

After Jesus said this, He went on in front of them toward Jerusalem. As He came near Bethphage and Bethany at the Mount of Olives, He sent two disciples ahead with these instructions: “Go to the village there ahead of you; as you go in, you will find a colt tied up that has never been ridden. Untie it and bring it here. If someone asks you why you are untying it, tell him that the Master needs it.”  They went on their way and found everything just as Jesus had told them. As they were untying the colt, its owners said to them, “Why are you untying it?”  “The Master needs it,” they answered,and they took the colt to Jesus. Then they threw their cloaks over the animal and helped Jesus get on. As He rode on, people spread their cloaks on the road.  When He came near Jerusalem, at the place where the road went down the Mount of Olives, the large crowd of His disciples began to thank God and praise Him in loud voices for all the great things that they had seen:“God bless the king who comes in the name of the Lord! Peace in heaven and glory to God!”  Then some of the Pharisees in the crowd spoke to Jesus. “Teacher,” they said, “command your disciples to be quiet!”  Jesus answered, “I tell you that if they keep quiet, the stones themselves will start shouting.”  – (Good News)

Let us now continue with why Christ died.  The hymn writer, Henry Francis Lyte (1793 – 1847) puts it so appropriately in one of his hymns.

“PRAISE, my soul, the King of heaven, To His feet thy tribute bring;
Ransomed, healed, restored, forgiven, Who like thee His praise should sing?
Praise Him! Praise Him!  Praise the everlasting King.”  – MHB 12: Stanza 1

And it is true Christ died that we would be delivered from bondage of sin – “For the wages of sin is death, but the gift of God is eternal life in Christ Jesus our Lord” – Rom. 6:23 (NIV).  Christ died to Ransom us, Heal us, Restore us and Forgive us.

As you enjoy this article, please commit yourself again to the Lord Jesus Christ whom to known is “Eternal Life.”  Let Him ride into the “Jerusalem of your heart.”  Weep over your sins and cleanse your heart which is the temple of the Holy Spirit from all that does not please our Holy, loving God.

When God first created mankind, He intended that an intimate relationship should exist between the Creator and His creatures.  But the first man and woman chose to disobey God and therefore forfeited the privilege of this close friendship with God.  Moreover, through their disobedience, sin made its entry into the world: ‘Sin came into the world through one man.’ – Romans 5:12

This sin gave Satan the firm foothold he had been looking for.  Sin and Satan now held the world in a vice-like grip.  God’s people now walked in darkness: oppressed by Satan.  Spiritually speaking, they lived in a never-ending winter: rarely experiencing the warmth of God’s love.  Enslaved by sin as they were, they were doomed to die both physically and spiritually.  ‘(Adam’s) sin brought death with it. As a result, death has spread to the whole human race because everyone has sinned.’ – Romans 5:12

Who could rescue God’s creation from the curse of Satan, the enemy?  Mankind’s rescuer would need to be someone strong enough to engage in battle against the power of Satan; someone who would fight compromise with evil, for evil cannot combat evil; only goodness can do that.  There was only one person who could even attempt the rescue bid: God Himself.  So God entered the world in the form of the perfect man: Jesus Christ. ‘God in Christ was reconciling the world to Himself.’ – 2 Corinthians 5:19

Jesus knew the solution to the sin-problem.  He, the man-who-never-sinned, would need to take upon Himself every sin each individual in the world had ever committed and would ever commit.  It would be as though He Himself had committed the crimes of the cosmos.  He would therefore pay the penalty in person.  He would die:  ‘Without beauty, without majesty (we saw him), no looks to attract our eyes; a thing despised and rejected by men, a man of sorrows and familiar with suffering, a man to make people screen their faces He was despised and we took no account of Him.

And yet ours were the sufferings He bore, ours the sorrows He carried.  But we, we thought of Him as someone punished, struck by God, and brought low.  Yet He was pierced through for our faults, crushed for our sins.  On Him lies a punishment that brings us peace, and through His wounds we are healed.  We had all gone astray like sheep, each taking his own way, and Yahweh burdened Him with the sins of all of us.’ – Isaiah 53:2-6

Lord Jesus, help me to drink in these facts:

Mine were the sufferings you bore

Mine the sorrows you carried

You were pierced through for my faults

Crushed because of my sin

God laid on you the punishment that brought me

And a whole new start in life

Help me to say an adequate

A man was once caught stealing from his employers.  When the court case was heard, the judge imposed a fine of GH¢50.  Failure to pay the prescribed fine, he said, would result in imprisonment.  The night of the court hearing, the man despaired.  He had no money.  That was why he had resorted to stealing in the first place.  How was he to pay the fine?  The thought of a period in prison filled him with horror.  Next morning, a brown envelope fell through this man’s letter-box.  It contained 10, crisp, new five Ghana Cedis notes and a hand-written explanation: To pay off the debt.  The offender never discovered where the money had come from.  The only information he could glean was that a member of the nearby church heard of his plight and decided to set him free from the threat of imprisonment.

When Jesus died on the cruel cross, He brought our release from the clutches of the evil one.  He also set us free from the bondage to sin in which we had been trapped.  And He delivered us from the effects of the sin-stained past and from the guilt that enshrouded us:  The death of Christ ‘One act of perfect righteousness, presents all men freely acquitted in the sight of God.’  – Romans 5:18. ‘God loved the world so much that He gave His only Son, that everyone who has faith in Him may not die but have eternal life.’ – John 3:16

This article has been heavily inspired by Joyce Hugget in “Approaching Easter, Meditations for Lent.”