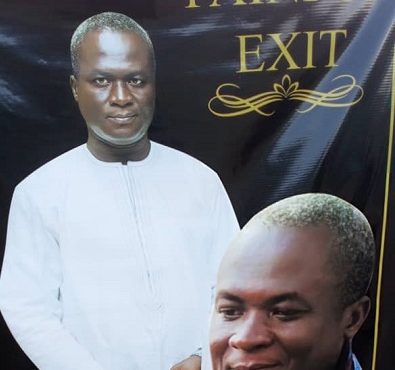 The Oduamse-Krobo police have started investigation into the mysterious death of Eric Dogbey, 47, after his vehicle was involved in a “strange accident” on May 2, 2020 on the Juapong-Akuse road.

The police, upon close examination of the body noticed that, Eric Dogbey may have rather died through a bullet fired at a close range from behind, instead of the “actual accident”.

A senior police officer who pleaded anonymity told The Spectator on Tuesday that, Eric Dogbey was driving the unregistered Toyota Corolla vehicle from Juapong to Akuse that day, with one occupant, Peter Horlenyor on board.

He said on reaching a section of the road, a few metres from the Volta River Authority  (VRA) security check point, he lost control of the steering wheel, and as a result, the vehicle veered off its lane into the opposite lane and plunged into a canal.

The police officer said upon a very careful examination of Eric Dogbey’s body, the police found a wound suspected to be a gunshot at the right back of his shoulder and was sent to the Police Hospital for a post-mortem.

He said the post-mortem conducted on Eric Dogbey confirmed his  death as hemorrhagic shock, severe chest injury and gunshot at close range.

He said as a result of the close range of the bullet fired, his friend, Peter Horlenyor was arrested, as a suspect but had been granted bail.

The officer said the docket on the case had been forwarded to the Attorney-General’s Department for his perusal and advice.