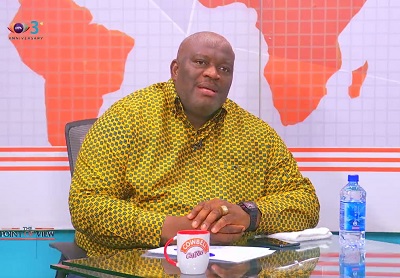 The Greater Accra Region has an estimated urban population of 4.2 million as at June 2020.

Metropolitan Accra is said to occupy a land surface of 173 square kilometres or 67 square miles.

And on daily basis, residents, visitors and commuters who ply their trades within Metropolitan Accra complain bitterly about pollution, overcrowding, poor sanitation and particularly traffic congestion in the city.

The fact of the matter is that indiscipline; lack of adequate infrastructure and service provision; poverty and shortage of affordable housing are undermining the traditional civilising influence of the city of Accra.

It is in the face of such agonising dilemma that has emerged “a new Ghanaian”, recently appointed by the President to oversee the Greater Accra Region.

The “new Ghanaian”, Mr Henry Quartey, was appointed the Greater Accra Regional Minister barely five months ago, but the momentum he has gathered to warm himself into his new office, has attracted commendations across the country.

Readers, from all indications, Mr Henry Quartey clearly understands the vision of the President in appointing him the current Greater Accra Regional Minister. And the vision of His Excellency Nana Addo Dankwa Akufo-Addo is: “Making Accra the cleanest city in Africa”, before the end of his term as President of the Republic of Ghana.

Readers, Accra is very filthy!!! Traffic congestion is terrible!!! And sanitation is very poor!!! As for indiscipline in the city, it is at its worst!!! So, really, the task ahead of Mr Quartey is a helculean one.

It seems Mr Quartey knows exactly what he has been assigned to do. So, the Greater Accra Regional Coordinating Council, which he heads, seems to have done a lot of ‘stakeholder’ consultations; implying that they have already hit the ground ‘jumping’ to deliver the President’s vision.

But Mr Quartey and the Regional Coordinating Council must be reminded that the ‘stakeholder’ consultations must not only continue but also expanded and consciously sustained, so as to carry all the stakeholders along until the end of the implementation of the vision.

And a vision like this will surely call for the establishment of Inter-Ministerial Taskforce to push the lofty agenda to succeed.

The Regional Coordinating Council (RCC) could set up Media Taskforce also to support the vision. Additionally, the RCC could invite all editors, and Chief Executive Officers of radio and television stations, newspaper houses, advertising and marketing institutions to buy into the “national Interest idea” of “making Accra work”.

The RCC could as well share ideas with advertisers to produce jingles for radio and television stations to alert the public on the “dos” and “don’ts” of sanitation issues, hawking on the streets, sleeping under bridges and many more.

So far Mr Quartey and his sanitation taskforce have been sprucing many parts of Metropolitan Accra, besides demolishing unauthorised structures along major routes and drains to ensure free-flow of traffic and to keep the city clean.

The sprawling Agbogbloshie market has also been relocated and the structures on the land demolished to improve sanitation or conditions in that part of the nation’s capital.

“So, we will remove  unauthorised structures that have sprung all over the city, thus, making it difficult for even sanitation and waste management companies to go about their duties.”

Since Ghana’s independence, various regimes had attempted to transform Accra into “the desired city” but had failed.

Experts, however, say Accra has experienced a rapid rate of growth, stressing that, “it is one of the fastest-growing cities in West Africa.”

According to the experts, another dimension of Accra’s urban growth is the physical expansion of the city beyond its official boundaries.

The experts contend that two major factors are principally responsible for this.  The first, they say, is demand-based, which is associated with rapid growth of urban population.

Really, the experts insist that a weak urban administration and governance system has been the bane of urban development in Ghana, generally.

This, they contend, derives from “the inadequate local government system inherited from the colonial era.”

But the painful truth is that the current Metropolitan, Municipal and District Assemblies have proved incapable of providing and managing adequate levels of services and infrastructure in their respective areas of jurisdiction.

And the national parastatal organisations and agencies responsible for providing particular services in the decentralised Metropolitan, Municipal and District Assemblies have not been able to function effectively.

So, how can earger and anxious Mr. Henry Quartey walk on “the tight rope ” of “Making Accra Work” , if he does not receive Inter-Ministerial support and the required FUNDING  to prosecute such a laudable vision of the President?