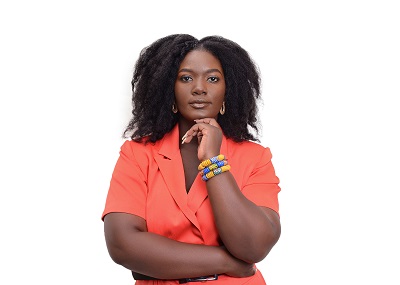 She represented the Greater Accra Region in the 2014 edition of the TV3 Ghana’s Most Beautiful show. Despite not winning the coveted crown, she was bent on making an impact through her Gayobi Foundation.

The foundation, since its inception, continues to make valuable contributions and support less privileged persons.

Several years after exiting the television beauty pageant, The Spectator caught up with Ms Betty Achaawa Sackey who is now helping other young people exhibit their talents through her own reality show dubbed “My Area Code.”

The show has contestants from various communities who are to embark on a “battle of supremacy” as they identify and propose ideas to solving social challenges within their communities.

Ms Sackey says the show, among other objectives, seeks to help the youth become “critical thinkers and problem solvers” in their localities.

According to her, it is important to direct the path of young people while they make life- changing decisions and aspire for greater opportunities in life.

The old student of Benkum Senior High School, at Larteh-Akuapim in the Eastern Region, spent her formative years at Takoradi, Western Region-Ghana. Her Parents, Mr. Euatace and Mrs. Sarah Sackey ensured she had the best of education through every stage of her life.

She obtained Bachelor of Arts Degree in Public Relations at the Ghana Institute of Journalism and pursued a Post Graduate programme in Community Development and Cross Culture Relationship in Canada. She studied French also in Senegal to improve her communication skills.

Ms Sackey, who is committed to humanitarian work, said she started her foundation in order to address social problems and touch the lives of the vulnerable in society.

Her spirit of volunteerism has taken her to a number of countries including Canada, Burkina Faso, Cote d’Ivoire, Senegal, Nigeria, Togo, Nairobi, Rwanda, Uganda, Gambia among others.

The Gayobi Achaawa Foundation, she noted, had supported some public and private institutions through donations and had supported Muslim students in her alma mater, Ghana Institute of Journalism.

Ms Sackey said she was bent on making positive impact everywhere she went hence the determination to use her skills and knowledge to “solve problems and creat long-lasting solutions.”

“As humans, we must live for one another and make sacrifices where possible. That is the reason I strive to put a smile on faces of the less privileged in any way I can,” she said.

The fashionable lady who depicts sense of “Africaness” in most of her outfits said she was proud of her homeland did not shy away from expressing herself in her mother tongue.

She maintained it was important for citizens to exhibit their traditional values when “they find themselves beyond the shore of the country”.

She noted that her fashion style was “a signature of Africa which would enable non-Africans to feel and taste the rich African values and norms.”

“My physique and complexion are a representation of an African woman and that makes me bold and beautiful anytime I dress as an African”, she said.

The polyglot who speaks about five local dialects including Hausa and Dangbe has advised the youth to “channel their energies into meaningful skills that align with their potentials and talents.”

She added that young people must present themselves as “agents of change in their communities” and continue to contribute their quota to national development.

“We are different in our own ways and there is the need for all to utilise our talents to make positive impacts and provide solace for the less privileged in society”, she said

Apart from volunteerism Ms Sackey is a Public Speaker who attends to young people and encourages them to be resolute in the face of challenges.