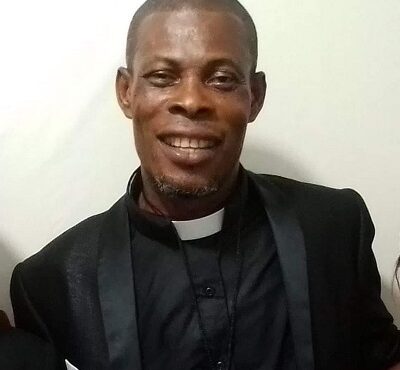 The movie fraternity was on Tuesday August 2, 2022, hit with the sad news of the demise of veteran actor, Stephen Prince Yawson, affectionately called Waakye, 65, at the 37 Military Hospital in Accra.

Waakye came to the limelight when he was discovered by Grace Omaboe, known in movie circles as Maame Dokono, at the Arts Centre to join the Obra Television Series on GTV in the 90’s.

He rose through the ranks and featured in many movies and at a point became a Production Manager for numerous productions.

Some of the movies he featured in included, Diabolo, Obra, Marijata, Babina and Chorkor Trotro.

Family and friends will gather on August 26, at the Accra Tourists Information Centre close to the Jubilee House to observe the One-Week rite.

Against this backdrop, The Spectator reached out to some actors to share their fond memories and pay tribute to him.

Astute movie producer, Socrate Safo said, Waakye was hardworking, adding that he had worked with him on about four productions which the late Prince Yawson was a Production Manager.

“He was one of the best production managers in the country, he got close to me through Jagger Pee, we became friends and I later made him join the NPP in 2008, where we campaigned for the party. Waakye was dedicated to his responsibilities, unfortunately he battled sicknesses for years. May his soul rest in peace.”

Renowned actress, Kalsoume Sinare, said Waakye was a good actor she met in the early 90’s at the Arts Centre, when he was then a member of Theatre Mirror club.

“He was very calm, hardworking, I will say the industry has lost a gem. My last encounter with him was when he was a Production Manager at a set two years ago, and he told me he wasn’t feeling well. May he rest in peace.”

Veteran Kofi Falconer also said that Waakye was a good person he met way back and they became friends.

“As a Production Manager, he doesn’t joke with his work, he is always serious. In the past five years, he has been coming to my pharmacy shop at Accra New Town anytime he visits his mother, and also as a Regional Chairman of Ghana Actors Guild, Waakye does call me at times to share ideas with me,” he said.

According to him, Waakye reached out to him recently to discuss a project unfortunately, “a week after he paid me a visit, his wife called to break the news of his passing. My condolences to the family and his mother who is still alive, it’s a big blow to her.”

Award-winning actor, Mikki Osei Berko affectionately called Master Richard, on his part said, Waakye shaped his acting career, and he was someone he looked up to in the 90’s. “He used to call me anytime he saw my works and suggested to me I could have done it this or that way. I must say, he was an experienced actor, he would be missed, may his soul rest in perfect peace.”

Comic actor, Akrobeto, told this paper the death was a big blow, and that he had worked with Waakye on some sets as a Production Manager, and attesting to his strong work ethics.He said, Waakye paid his dues to the movie industry. “My deepest condolences to his family, May His soul rest in perfect Peace.”