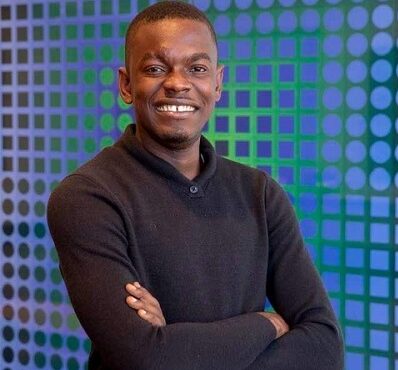 The top 50 finalists for the 2022 Africa’s Business Heroes (ABH) Prize Competition was announced on Monday, August 1.

The flagship philanthropic programme, established by the Jack Ma Foundation, identifies, supports and inspires the next generation of entrepreneurs who are making a difference in their local communities.

This year’s competition received more than 21,000 applications and saw applicants from across all 54 African countries with Mr. Prince Kwame Agbata, the Chief Executive Officer (CEO) of Coliba Waste Management Services Limited, as the only Ghanaian among the top 50 candidates.

The top 10 will be announced in October for the grand finale where they will pitch to global business legends and secure their share of the US$1.5 million prize.

While congratulating other African compatriots on the list, Mr. Agbata is excited to be part of the list as his company continues working to address plastic pollution in the country.

“Our drive to ensuring we put purpose over profit speaks volumes. It is no longer traditional recycling as usual; it is circular, innovative and creating equity across the value chain and I am proud to be at the epicenter,” he said in a LinkedIn post, after the announcement.

Ahead of the declaration of the overall winner, The Spectator delves into Prince’s background and what he and his company have been able to achieve over the years.

Prince is a social entrepreneur, an industry consultant and expert in plastic waste recovery, processing and recycling with focus on the Africa continent and market.

He and his partner Mr. Kafui Honu Wisdom started Coliba in June 2016 after the loss of their best friend in the June 3 flood and fire disaster in Accra.

He is a software engineer by training and worked with some tech companies in Ghana prior to starting Coliba and continues to gain recognition for his work.

In 2015, he became an alumni of the President Obama Young African Leaders Initiative in Ghana and was later invited as scholar to the Mandela Institute of Development Studies on leadership in Tanzania.

In 2017, he won the Eco Hero Awards by Samsung Engineering in South Korea and was recently named Fellow of the International Youth Foundation Action Net programme in the United States of America (USA).

Prince says his mission “is to ensure that every single person in West Africa understands, and begins to refuse, reduce and most importantly recycle their plastic waste.”

He received the top Sustainable Development Goals (SDGs) Innovator Award by the United Nations in May 2019 and addressed the UN ECOSOC committee on his work, highlighting the prospects and innovation in the waste and recycling sector. In addition to other recognitions, he was named in 2019 as one of the top 40 under 40 most influential young Ghanaian.

Coliba, among other objectives, is “determined to ensure that every district in Accra owns a deposit and plastic buyback centre.” The company offers comprehensive industry-specific recycling services, quality control & sustainability solutions for businesses, corporations and households.

Aside their plastic waste collection and recycling solutions, the company is “helping to address the challenge of unemployment” by training young Africans — most of whom are women to tap opportunities in the plastic and recycling sector.

Prince says, the company since its inception, continues to contribute towards the achievement of the United Nations SDGs specifically goal “1, 3, 8, 10, 11, 12, and 13.”

“To meet the targets of these goals, Coliba prides itself as a one stop destination for all plastic waste recycling related solutions such as assisting clients start and setup domestic plastic recycling programmes, recovery, collection and recycling to various forms of plastic wastes and conversion into new products,” he added.

“With just a click, one is educated on how to start a recycle programme, request pickups and get paid for it. The App is available on Google Play Store but compatible in Ivory Coast,” he noted.

Coliba, he says, continues to contribute to government’s efforts at increasing the recycling rate from two per cent to 92 per cent by 2030 through tech-driven plastic recycling solutions. In line with this, he and his partners are working to build the largest plastic recycling park in West Africa.

Prince, on weekends, plays the violin and joins IDEA Africa, an non-governmental organisation he founded in 2013, to build community libraries in rural communities of Ghana.