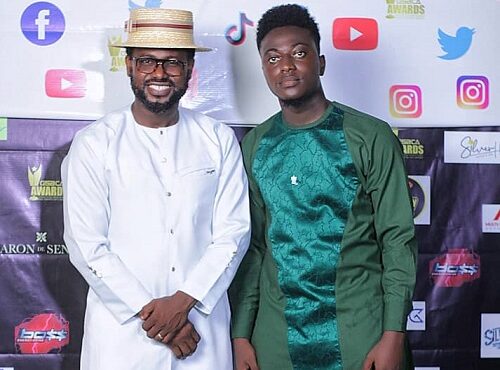 One of Ghana’s legendary music producers, Nana Akwasi Ansah Mensah known in showbiz circles as Agie Coat and Abeiku Santana among others were honoured for their contribution to the industry.

Receiving his award, he said though it came to him as a surprise, he was enthused about such an acknowledgement in the 22 years of contribution to the Ghanaian music industry.

He expressed his appreciation to the organisers, Aisha Modi and others for their support for him over the years.

Ace broadcaster, Abeiku Aggrey Santana, who also received an honour  as the Digital Media Tourism Personality of the Year, said the events had become the new product for tourism and would go a long way for people from other countries to experience it, because it would not go extinct like other products.

The Chief Executive Officer (CEO) and founder of the awards scheme, Ellis Dennis Adjei told The Spectator, that the award had come to stay, and aimedat  projecting social media in Ghana.

He expressed his appreciation to all stakeholders for their support in making the event successful, and called on corporate Ghana to sponsor such programmes .

The atmosphere was charged with amazing performances from Akwaboah Jnr., Kofi Kinaata, and Shatta Berry among others.