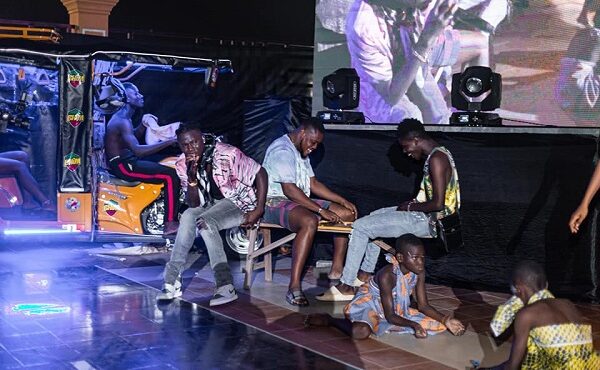 All roads led to the Bayview Village at Atomic Junction in Accra, as music lovers, musicians, and other creative arts industry players converged to celebrate the 1st anniversary of Stonebwoy’s Anloga Junction Album.

Ensuring all COVID-19 safety protocols were followed to the letter, tables and chairs for guests were beautifully spaced.

The whole venue was filled with an uncontrolled excitement when the man of the moment, Stonebwoy climbed the stage to open up the concert which was virtual with limited audience.

There came the astonishing moment where Ghanaian music legend, Kojo Antwi joined Stonebwoy on the stage to mesmerise the gathering with their amazing song “Nkuto” (Sheabutter).

A show of love saw rap sensation, Medikal, DBlack, Quamina MP, Dhope Nation, Ponobiom, and Efya, as well as Sefa in their element to charge the atmosphere.

The Anloga Junction album is a15-track project,which is his fourth studio album which followed his 2018 album,Epistles of Mama.