‘Akufo-Addo will succeed despite challenges’ 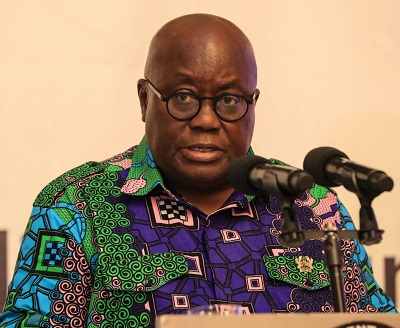 In spite of the rigorous opposition by certain political parties in the country, President Addo Dankwa Akufo-Addo is bound to succeed convincingly as President of the Republic, Dr Kofi Amponsah-Bediako, a political scientist has said.

He explained that certain occurrences in the country would serve as useful lessons for the President to reorganise himself and improve upon his previous performance from January 7, 2017, to January 6, 2021.

“What this means is that President Akufo-Addo will be more successful during his second term as President of Ghana from January 7, 2021 to January 6, 2024,” he expatiated.

According to Dr Amponsah-Bediako who doubles as the Director of Corporate Communications at the Ghana Standards Authority, “the unsatisfactory performance by some parliamentary candidates in the NPP during the 2020 elections together with some DCEs who sabotaged some of the NPP MPs during the last elections all go to show that great lessons have been learnt from them.”

“The President will use them as a guide in the selection of ministers and DCEs as well as heads of agencies to assist him to produce better results than was experienced during the first term even though his performance in the previous term was marvelous.”

Dr. Amponsah-Bediako was of the view that the going would be tough, but with God on the side of President Akufo-Addo and all Ghanaians, the battle ahead would be won to the surprise of everyone in the country and the world as a whole.

He said, “The opposition NDC is bent on coming out with a tough time in parliament to make it difficult for the success of government business, but in spite of all these, things will miraculously go through to provide great success for the entire country.”

He advised that, “the opposition NDC should not merely think about gaining political scores in what they do, but think about the country as a whole and how all Ghanaians can move forward to achieve greater laurels.”

The slim majority in parliament for the NPP, he said, would pose some difficulty for the approval of some government policies, but “this is where the President will come out to outshine the minority parliamentarians whose interest will be linked merely to their selfish political agenda.”

He said: “It is true every political party aims at scoring political points and gaining some advantage for their political group. But this should not be done at the expense of Ghana’s interest which in my view should be the overriding principle at all times.”

Dr. Amponsah-Bediako said this should be the guiding principle for all the politicians as it has happened elsewhere like the United Kingdom, Canada, United States of America, among others, to make their country great and beautiful in the eyes of other nationalities who look upon such countries as enviable.

“If Ghana is to go places,” he said, “then this simple advice must be adhered to so that the pedestal of development for the country can be pushed higher and higher to an enviable level.”

The Director of Corporate Communications further advised Ghanaians to lend in their support to the President, who has very good intentions for the country and is prepared to do what he could to achieve greater success.

He described President Akufo-Addo as someone who is like “the egg of a dove that never gets spoilt, no matter what,” and stressed that, “no one should take President Akufo-Addo for granted because he has come at the right time to contribute to Ghana’s development in a special way that cannot be destroyed by anybody.”

Dr. Amponsah-Bediako said: “If such a person is bound to succeed then it will, therefore, be pointless and useless for anyone or any group of people to think that his efforts can be thwarted by any group with sinister motives.”