Allow women to own farmlands in the north – ActionAid 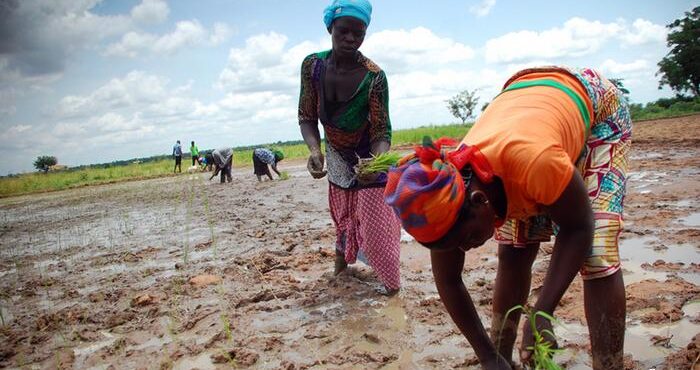 The Upper West Regional Programmes Manager of ActionAid, a non-governmental organisation (NGO) in the country, Ms Terence Tienaah has appealed to chiefs and land owners in the region to allow women own lands for sustainable agriculture.

She said that women’s lack of control and ownership over land was impeding their efforts in attaining substantive productivity in agriculture.

“Elsewhere in this country where women have been allowed to own lands, we are seeing the impact they are making in agriculture, women can do well when they are empowered in this regard”, she said.

Ms Tienaah was speaking on the sidelines of a Stakeholders Consultative Meeting on the implementation of a climate smart project by the NGO christened “Northern Ghana Integrated Development Project (NGIDP).

The 48 months’ project which commenced in 2019 in 15 districts in the Upper West, Upper East, Savannah and Northern regions of Ghana sought to among other things, promote opportunities for sustainable agriculture, social protection and decent work in the agrarian sector.

Ms Tienaah said that there had been a lot of improvement with regard to access to land by women in northern Ghana due to increased advocacy but stated sadly that “the lands which were given to them were not permanent”.

“A woman is given a land and in the next farming season or two when the land has become fertile, the land is taken away from her and she is given another fallow one; if this continues the woman is unable to undertake production of cash crops because those ones take time to mature but they are the ones that bring in the much needed income”, she stressed.

She said ecological farming which was sustainable and favourable in addressing climate change was low among smallholder women farmers in the region due to ownership of land.

“So we see a lot of women in agriculture but most of them are working on their husbands’ farms, only a few of them can boast of lands that belong to them and are able to practise ecological farming and we need this narrative to change”, she said.

The Programmes Manager said they were working as an organisation in collaboration with local actors such as the Department of Agriculture of the various Dstrict and Nunicipal Assemblies as well as civil society organisations to reach out to as many smallholder women farmers as possible to support them in their vocation.

“We are not only looking at cultivation; we are also supporting women along the agriculture value chain by installing equipment for women who were into processing of Shea fruits to aid their work”, she said.

She used the opportunity to call on beneficiary communities of the intervention in the Upper West Region to maintain the pieces of equipment to ensure their longevity and serve the purpose for which they were provided.