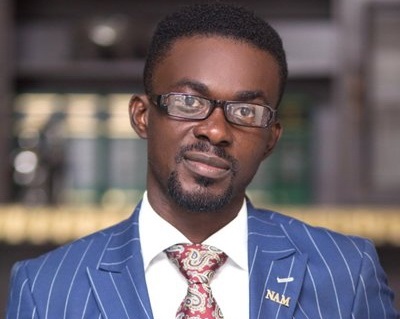 CACM has also urged government to confiscate all assets of NAM1 and Menzgold, including the CEO’s landed and moveable assets.

The call comes on the backdrop of a lavish signing ceremony of a new artist, Tiisha, over the weekend while, according to them, “victims of Menzgold continue to record deaths with current figure not less than 55.”

At a news conference in Accra  yesterday, the General  Secretary of CACM, Samuel  Odartey  said “ we are very much appalled  by the bravado  and open disregard  for the laws of the land seeing NAM1, a man who has been slapped  with 61 criminal charges, including money laundering, still signing financial contract and being escorted by macho men.

“If, indeed, our laws are working, which we believe it’s working, then we call on His Excellency the President to order the National Security to cause the arrest of NAM1 immediately without delay,” he added.

Also, Mr Odartey said the claim by NAM1 to have paid GH₵9.6 million to customers was false and criminal thereby challenging the CEO of the defunct Menzgold Company Limited to publish the names of those paid and indicate the amount paid with dates.

He alleged  that  Mr  Mensah  was  throwing  dust  into the eyes  of the unsuspecting public, adding that “his  new scheme Payboy,  which was noted  to be another scam, had succeeded  in scamming hundreds of customers.

The General Secretary said, according to their sources, the $39 million awarded him after winning a court case in Dubai last year had been received by NAM1, stating that the said money belonged to the customers and should be paid to them.

He stated that government’s  decision to  pay  customers of other  collapsed  banks  had  made them  come to the  conclusion that their locked up investments should be paid into the consolidated  fund and released to them without  delay.

“Menzgold customers’ plight should be treated as an emergency national security issue to avert more deaths among customers, and that as government has decided to pay customers of other collapsed banks and fund management, we request that the same decision should be taken  to pay  us, since Menzgold  was also closed down by government,”  he said.