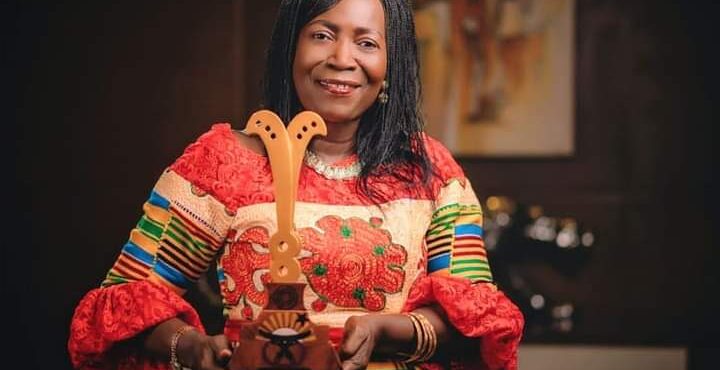 Member of Parliament for Kpando, Della Sowah has been honoured by  Suma Traditional Area in the  Jaman North District in the Bono Region of Ghana.

This is in recognition of the role she is playing together with seven others to protect the countries cultural values.

Della Sowah, together with other seven Members of Parliament are championing Ghana’s anti LGBTQ+ Bill.

Regardless of the stiff opposition,  the MPs have remained resolute in their cause.

For this reason, she was honoured in the  Adinkra Award Gold Category, the highest award which former Heads of States John Jerry  Rawlings, John Agyekum Kufour, and John Mahama and former Chief Justice,  Georgina Theodora Woode have been recipients  in the past.

Speaking after the recognition, Della Sowah said “I feel really very honoured.If  you are in your corner doing something you don’t know people are taking notice of you and appreciating what you are doing. It humbles you when you are noticed and accorded.”

The Keta MP added that once culture makes him.or her unique, it makes them who they are, ” It gives us a special identity. We shouldn’t shed it easily with the excuse of ‘enlightenment.’

She also dedicated the award to her late father Dr Kwasi Agbodza who taught his children to preserve the tradition of our in whatever way they could.

Della Sowah added that ” I celebrate our biggest cheerleader our 88-year-old mum.”

The ceremony is used to climax the annual Suma Akwantu Kese Festival at Suma-Ahenkro in the Jaman North District of Bono Region.